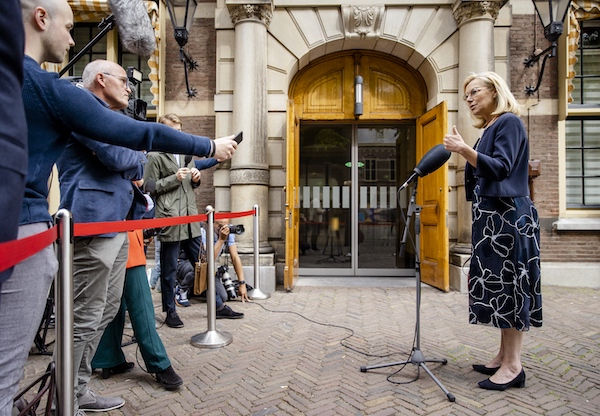 The government has decided to cap rather than scrap the 30% ruling which some people who move to the Netherlands to work are able to benefit from.

The cut is one of a package of measures the government introduced in Friday’s spring statement and will help pay for higher spending on defence, the state pension and compensation for savers.

The 30% ruling, which gives claimants the right to 30% of their salary tax free, will now only apply to a maximum of €216,000 in gross income, so that people earning more will pay the full tax rate of 49.5% on the excess.

The figure of €216,000 is the so-called Balkende norm, named after the former prime minister Jan Peter Balkenende, who brought in a maximum ceiling for public sector pay which is in line with the prime minister’s remuneration.

Nothing will change for international workers earning less and the wage cap will be phased in over three years.

As leaked earlier, the government has also agreed to increase defence spending to 2% of GDP, which will cost €2.2 billion a year.

The minimum wage will rise an additional 2.5% in 2023, rather than 2024, as will the state pension. The pension increase will be partly paid for by cutting the extra tax breaks for more wealthy pensioners with corporate pensions.

‘The strongest shoulders will have to carry more,’ finance minister Sigrid Kaag said.

A further €3.6 billion will go to compensate savers who paid too much tax on their savings, following a lengthy court case.

Companies and wealthy individuals will pay for the bulk of the extra spending. Companies will have to pay the higher corporate tax rate of 25.8% on profits of over €200,000, rather than €400,000 as planned, raising €1.3 billion.

The transfer tax payable on properties bought as an investment will rise to 10.1%.

The cabinet needs the backing of the opposition to get more controversial measures through the senate, where it only controls 32 seats, six short of a majority.

So far, the reaction of opposition parties has been mixed. GroenLinks leader Jesse Klaver said the spring statement missed a sense of urgency. The PvdA said despite the increase in the minimum wage and pensions, not enough is being done to help low income households deal with soaring inflation.

JA21 has criticized the tax increases, saying the coalition has ‘veered to the left’. All three parties could help the government to a majority in the upper house of parliament.

Employers too are angry that they will have to pick up most of the bill in the form of higher taxes, the Financieele Dagblad reported.