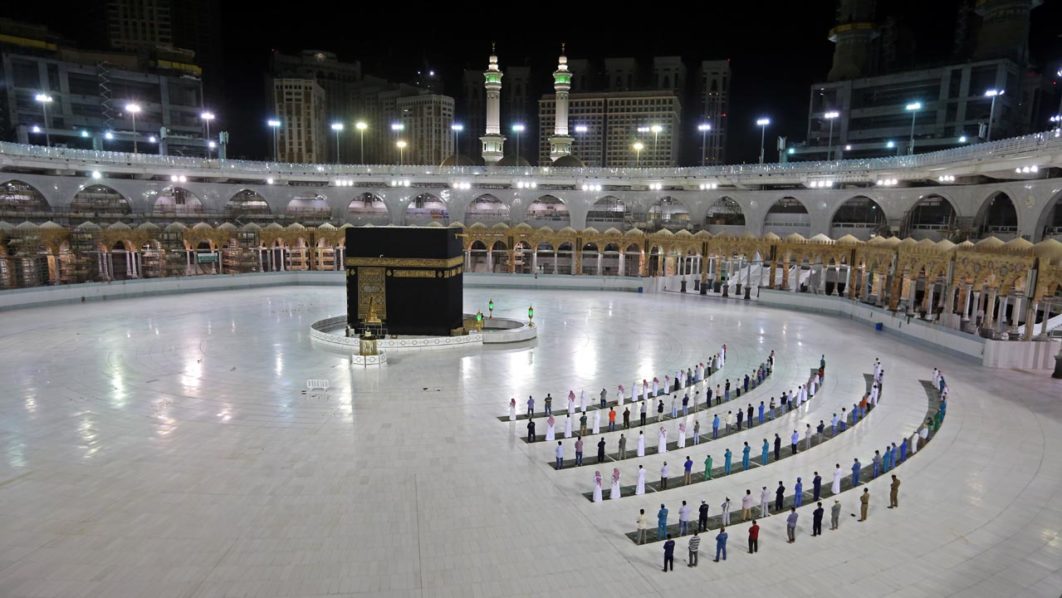 Ogun and Osun pilgrims to be airlifted on Friday, Saturday

Another set of 421 intending pilgrims departed Nigeria to the Kingdom of Saudi Arabia, yesterday. While Ogun and Osun States’ pilgrims will be airlifted on Friday and Saturday respectively.

The second batch, which consisted of 187 males and 234 females, was airlifted by Flynas airline, with flight number XY 5014 from the Hajj camp, Murtala Mohammed International Airport (MMIA). The total number of intending pilgrims that made up the second flight was 421.

Speaking before the flight finally took off at exactly 1.03 pm, the Commissioner for Home Affairs, Prince Anofiu Olanrewaju Elegushi, wished them journey mercies to the holy land.

He encouraged them to be good ambassadors, exhibit good virtues in their conduct and preserve as well as promote the enviable image of the state and Nigeria, while in the Kingdom.

He added that the administration of Governor Babajide Olusola Sanwo-Olu and his deputy, Dr. Kadri Obafemi Hamzat was passionate about their well-being and comfort, hence, the adequate provision is made for them both in Nigeria and the Kingdom of Saudi Arabia.

In his farewell address, the Special Adviser to the Governor on Islamic matters, Ahmad Abdullahi Jebe, expressed enthusiasm about the operation so far, saying he was confident that the pilgrims would obey all instructions and carry out everything they have been taught by the State while in the holy land.

He emphasised that with the successful airlifting of the first and second batches within two days, the State was on the verge of accomplishing its plans and strategies of getting every pilgrim to the Kingdom without stress.

On his part, the Board Chairman, Imam Shakiru Ayinde Gafar informed the yet-to-be-airlifted pilgrims that a slight adjustment had occurred in its flight schedule.

He stressed that Flynas would be airlifting Ogun and Osun States’ pilgrims on Friday and Saturday respectively while the airline would resume Lagos operation immediately afterwards when it is expected that the visas of the remaining Lagos pilgrims would have dropped in large numbers.

It would be recalled that airlifting of Lagos intending pilgrims started on Wednesday, June 14, 2022, with exactly 431 pilgrims. The successful airlifting of the second batch of 421 pilgrims today has brought the total number of pilgrims airlifted by the state so far to 852.

Dignitaries present at the airport to wish the pilgrims farewell include, South West Commissioner of NAHCON, Alhaja Basirat Akintunde; Hon. AbdulWaheed Lolade Shonibare (Board member); some Board officials and NAHCON staff, among others.