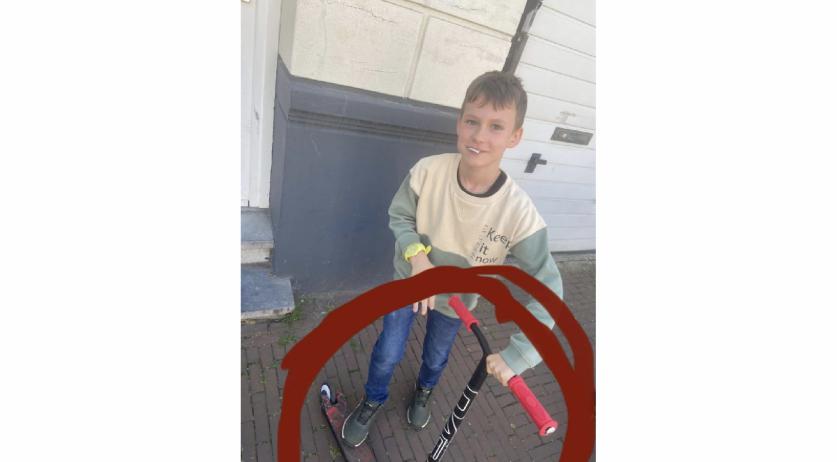 A child’s step scooter found in Landgraaf on Thursday evening resembles that of a young boy who has been missing since Wednesday evening, a police spokesperson said on Thursday evening. An intense search for the nine-year-old boy, Gino van der Straeten, has been ongoing in Kerkrade, where he was staying with a family member. Landgraaf is a few kilometers from Kerkrade.

Gino is from Maastricht, but was staying with his sister in Kerkrade. He did not return after playing outside for some time Wednesday evening. At the time, the boy was carrying a black scooter with red handles, according to one of his sisters.

About forty volunteers were looking for the boy in a forest near Kerkrade and an adjacent residential area when he failed to return in a search that listed into the early morning hours on Thursday. Later in the day, police distributed an Amber Alert, which authorities typically reserve only for cases in which a missing child’s life is believed to be in immediate danger.

A group of about eighty to ninety volunteers also went looking for the missing boy late Thursday evening in Landgraaf, a spokesperson for the group said. Earlier in the evening they had already tried to find him in Kerkrade. The group said they will continue searching as long as possible, even after dark.