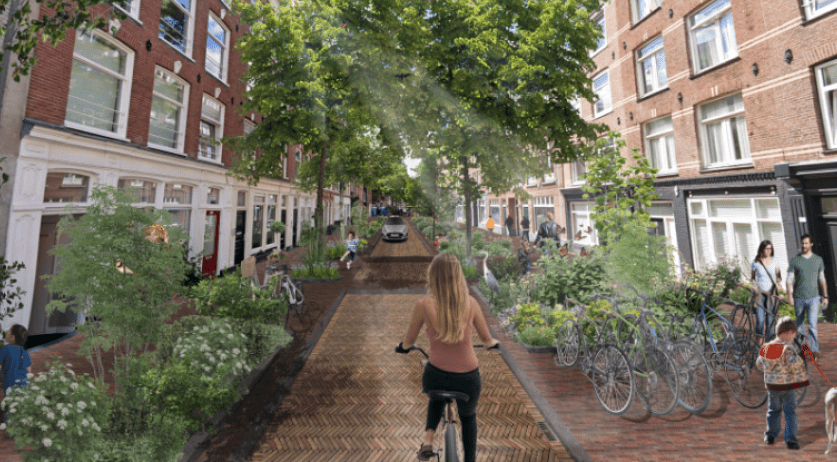 An Amsterdam neighborhood on Frans Halstraat and the surrounding area will soon be entirely redeveloped to create a space “where the car will be a guest,” according to the Amsterdam Municipality. The municipality will take the car-free area one step further into a new neighborhood design, according to AT5.

In 2018, a total of 600 parking spaces in the neighborhood –– which consists of Frans Halsstraat, Ruysdaelkade, Ferdinand Bolstraat and part of Albert Cuypstraat –– were closed and used for other purposes, such as bicycle parking and green spaces. This September, the municipality will begin creating wider sidewalks, traffic calming zones and “as many green areas as possible,” AT5 reports. Some of the green areas will collect rainwater.

The plans were developed in collaboration with residents. The renovation will last 3.5 years, the municipality estimates.

After the parking spaces were closed off, residents of the area have been expected to park in the Albert Cuyp parking garage. However, this costs extra for entrepreneurs, who have complained that the lack of parking spaces in the area makes it difficult for them to do their jobs, AT5 reports.

“A nineteenth century city district, against the inner ring road, is now becoming a car-free neighborhood with maximum space for pedestrians and cyclists,” district manager Rocco Piers told AT5 of the plans.