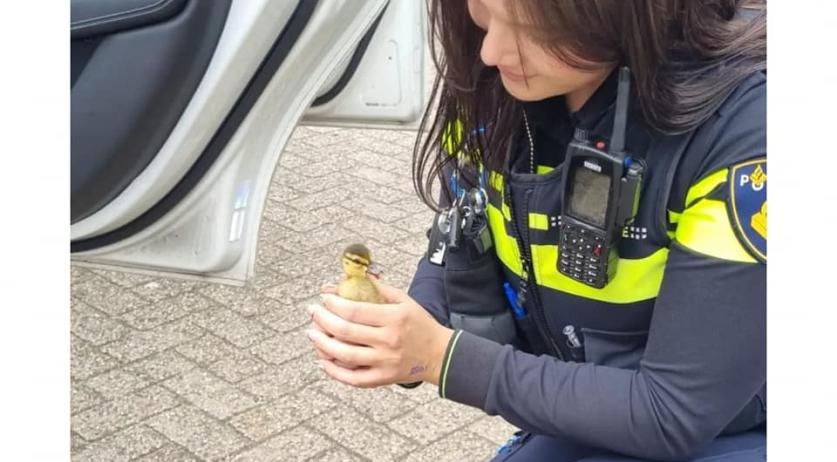 Amsterdam police rescued a group of ducklings near the A10 motorway on Friday. The ducklings are now safely staying in a bird refuge in Amsterdam Zuidoost.

Two members of the Centrum-Burgwallen team were headed for the A10 motorway via the 116 ramp on Friday when they spotted a family of ducklings crossing a road, according to a Facebook post by the police. The mother was nowhere in sight.

They managed to stop traffic before rounding up the dozen ducklings with the help of several onlookers. The small ducks hid under a car, forcing the police to crawl under the vehicle to get them out.

“Not exactly in our neighborhood, but we couldn’t ignore these ones,” wrote the police in the Facebook post. The ducklings are now staying at the bird sanctuary Toevlucht.