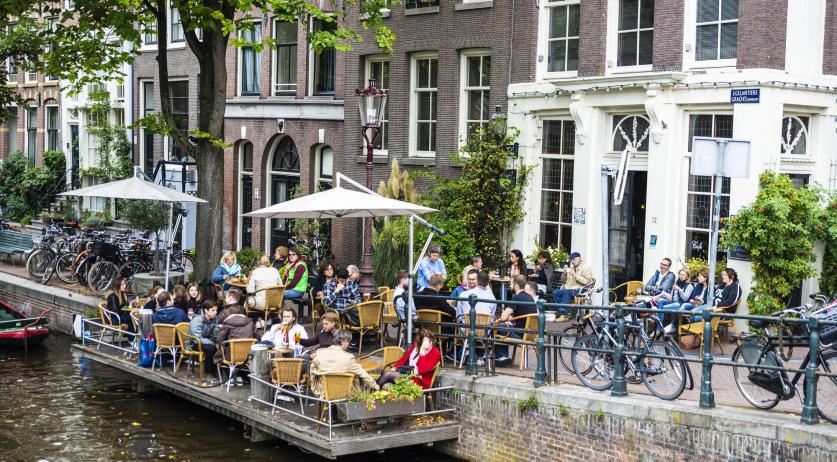 Terraces in Amsterdam’s Red Light District should only shrink on busy Fridays and Saturdays. That is the view of local catering entrepreneurs, reports trade association Koninklijke Horeca Nederland (KHN). Companies that are active in the area popular with tourists previously reacted angrily to measures taken by Amsterdam to prevent crowds and nuisance in the Red Light District.

Mayor Femke Halsema recently announced that the permission given to cafes and restaurants to expand terraces will be withdrawn for the Red Light District. The expansion was a gesture to Amsterdam catering entrepreneurs so they could receive more guests when the coronavirus restrictions only allowed outside seating and people had to stay 1.5 meters apart. Even after the removal of that distance rule, terraces were allowed to be temporarily larger, so that more guests can go.

The trade association, which had consultations with other business associations from the neighborhood on Wednesday, says that limiting the terraces hit entrepreneurs hard. “The return of visitors now seems to us to be the cause, not the incidents. A small select group of residents seems to be able to dictate to Halsema what the measures should be,” according to the interest group. KHN also believes that the blame for the crowds is now being unilaterally shifted to the entrepreneurs.

In addition to limiting the size of terraces, Amsterdam also wants to expand an alcohol ban. Other measures announced include early closing times and more actions against drug dealing on the street.