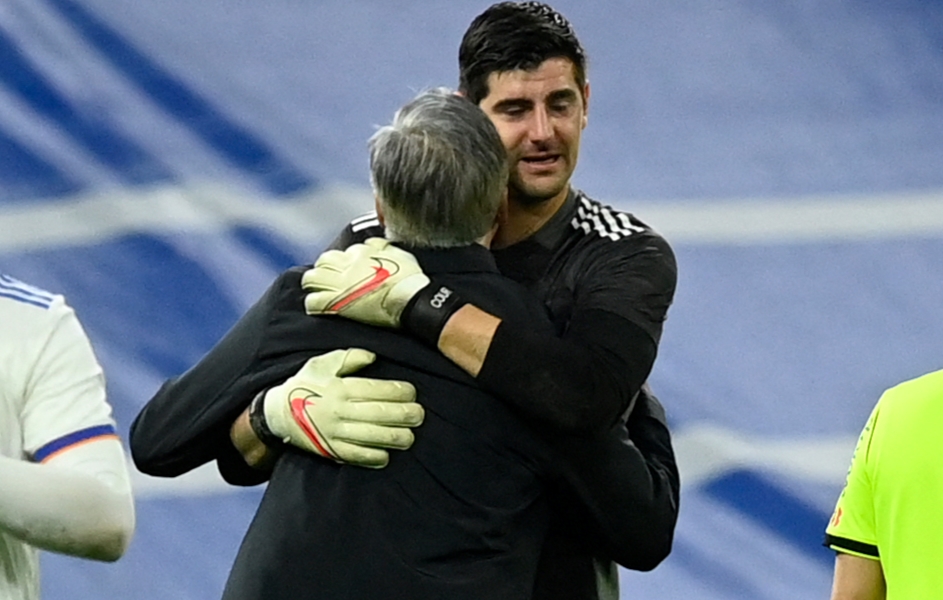 The Belgian bails out Real Madrid time and again, producing saves of the highest level, and yet he was still left out of the Ballon d’Or goalkeepers list.

Four Four Two have also released a top 10 goalkeepers list, and they too have left Courtois out, despite including the likes of Aaron Ramsdale, Jose Sa, Yassine Bounou and the out of form Jan Oblak.

Ancelotti was actually asked about the omission during his latest press conference, and he had some strong thoughts.

It’s nonsense. Don’t ask me to say how I see Courtois. For me, he is the best goalkeeper in the world, but I am biased.

“Carvajal and Mendy also seem that way to me in their position.

“If you say that about Courtois, you have to break the journalist’s card, coach, whatever…”

Courtois is undoubtedly one of the very best goalkeepers in the world, and you don’t have to be connected to Real Madrid to see that.

Even Oblak’s biggest fans would struggle to put him above Courtois based on his form over the last year or so.

And while it’s not particularly nice to compare goalkeepers who compete at the very highest level, Courtois’s omissions from these lists is likely insulting for the Belgian given his form and consistency.