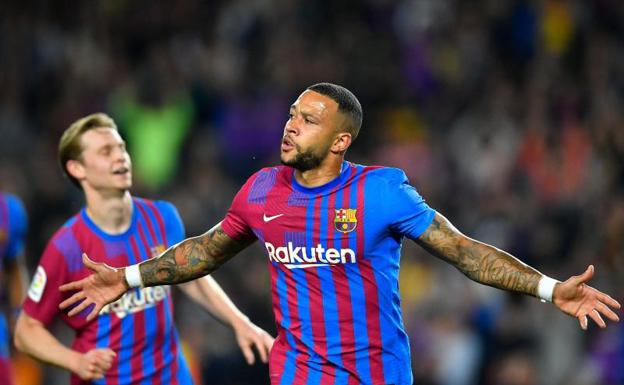 Arsenal are interested in signing Memphis Depay from Barcelona according to a report carried by Mundo Deportivo. Memphis wants to stay at Camp Nou but Arsenal believe he could be a very useful role-player indeed in their squad for 2022/23.

The London club are keen to re-enforce their attack after losing Pierre-Emerick Aubameyang to Barcelona during the January transfer window and Alexander Lacazette to Lyon this summer.

Memphis’ contract at Camp Nou expires in 2023 and unless he renews it this is the final chance for Barcelona to make a profit on the man they signed last summer. It is believed his market value is €40m.

Memphis has enjoyed a good first season with Barcelona since joining from Lyon on a free transfer. He contributed 13 goals and two assists in 38 appearances throughout the 2021/22 season as Barcelona finished second in La Liga and made it to the last eight of the Europa League.