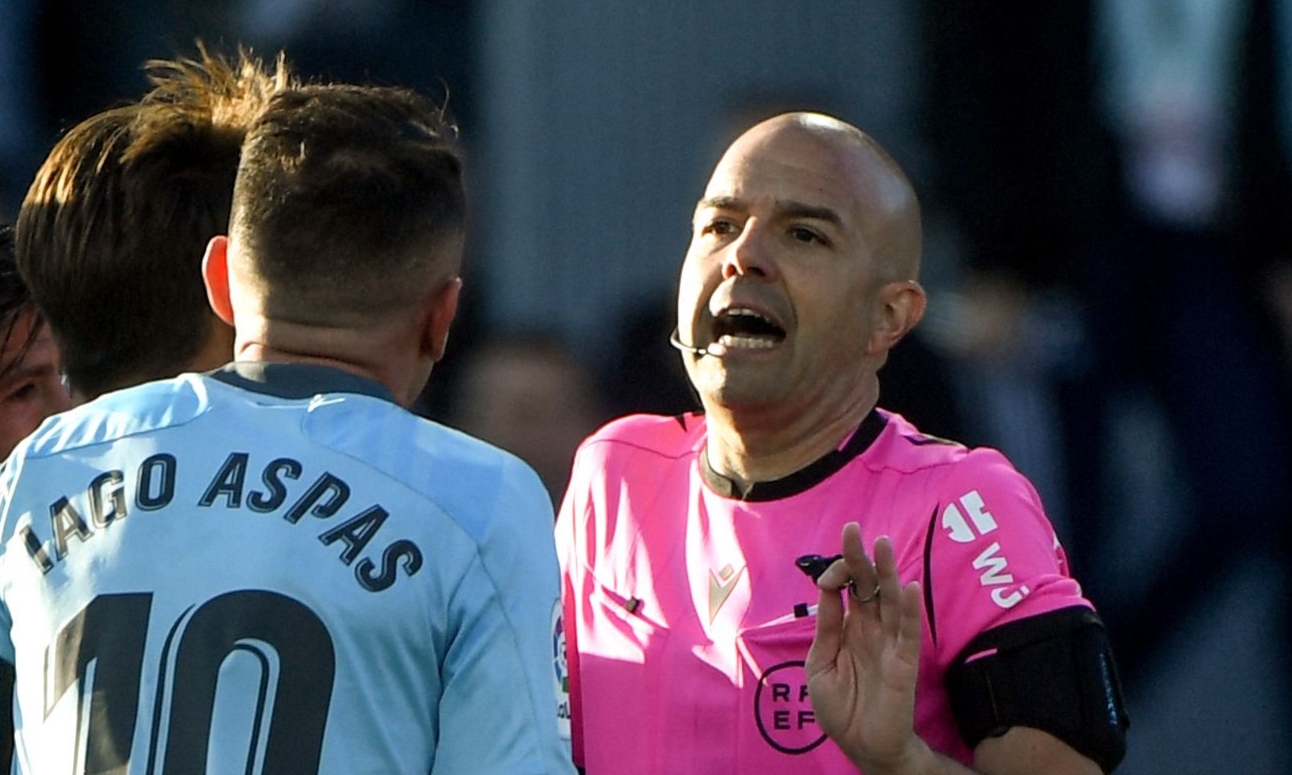 Celta put on a brave showing against the La Liga leaders at Balaidos but ultimately lost after conceding no fewer than three penalties.

Two were scored by Karim Benzema, and that was enough for Carlo Ancelotti’s men to win 2-1.

Though, there was significant controversy around the awarding of two of the penalties, and Celta were left furious by the decision-making of referee Gonzalez.

After the game, Celta star Aspas spoke to the Movistar cameras and was outraged, taking a big dig at the referee.

“He only needed the whistle for the fourth penalty to take it himself,” said the veteran striker.

“It seems like a Benzema hat-trick is what he wanted and what he looked for.”

Strong words from Aspas, and it is likely he will receive a fine for those comments, if La Liga’s track record is anything to go by.

VAR was in place for this fixture, but the technology generally allows the referee to make a decision unless there is a blatant error or the referee doesn’t have a good view of the incident.

That has been the process for the second half of the season but, of course, there are big issues over what defines a blatant error, especially when VAR was brought in to correct errors in general, especially as they relate to goals and penalties.