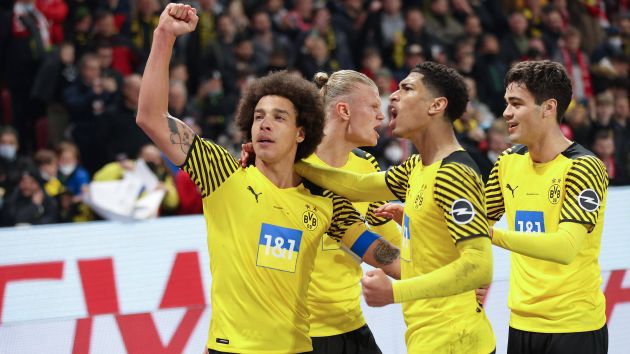 Atletico Madrid have made their first signing of the summer after closing a deal with Axel Witsel.

The 33-year-old Belgian midfielder arrives on a free transfer from Borussia Dortmund, following four seasons back in the Bundesliga.

After reportedly losing out on Boubacar Kamara to Aston Villa, Diego Simeone will have instead have a veteran with many years of experience to plug a gap in midfield.

The club announced his signing on Wednesday afternoon and were keen to point that out, mentioning he arrives with over 600 games to his name. Part of Belgium’s golden generation, Witsel has also been a fixture in international football, earning 124 caps for the Red Devils.

It is said that Simeone was keen to have another anchoring midfielder at his disposal for next season. With Hector Herrera departing, Geoffrey Kondogbia, Rodrigo de Paul, Saul Niguez and Koke Resurreccion were the only natural central midfielders at his disposal. Witsel will no doubt add some steel to department that perhaps El Cholo felt was a little lightweight during last year’s disappointing campaign.