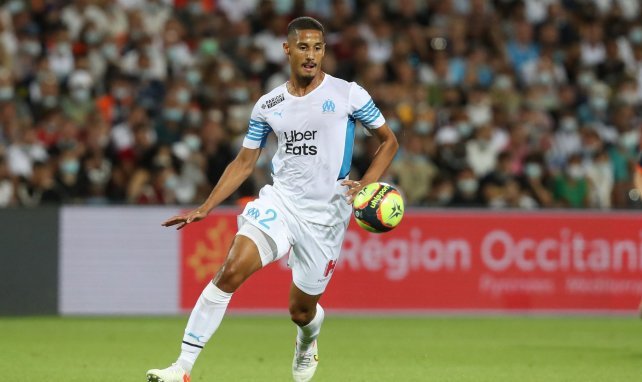 That’s according to L’Equipe as carried by Caught Offside.

They claim that Diego Simeone is an admirer of the French centre-back who’s currently on loan at Marseille from Arsenal.

But he’s yet to make his first-team debut for The Gunners and has instead been sent out on loan; first back to Saint-Etienne, then to Nice and most recently to Marseille.

But he’s thriving in the south of France, playing 45 games for Jorge Sampaoli’s side across all competitions this season.

Marseille are second in Ligue 1 behind Paris Saint-Germain.

Atletico are keen to reinforce their defence this summer after a disappointing season in La Liga. They’re currently scrapping with Barcelona, Sevilla, Real Betis and Real Sociedad for the top four.

They won La Liga last season but are 15 points behind current leaders Real Madrid at the time of writing.