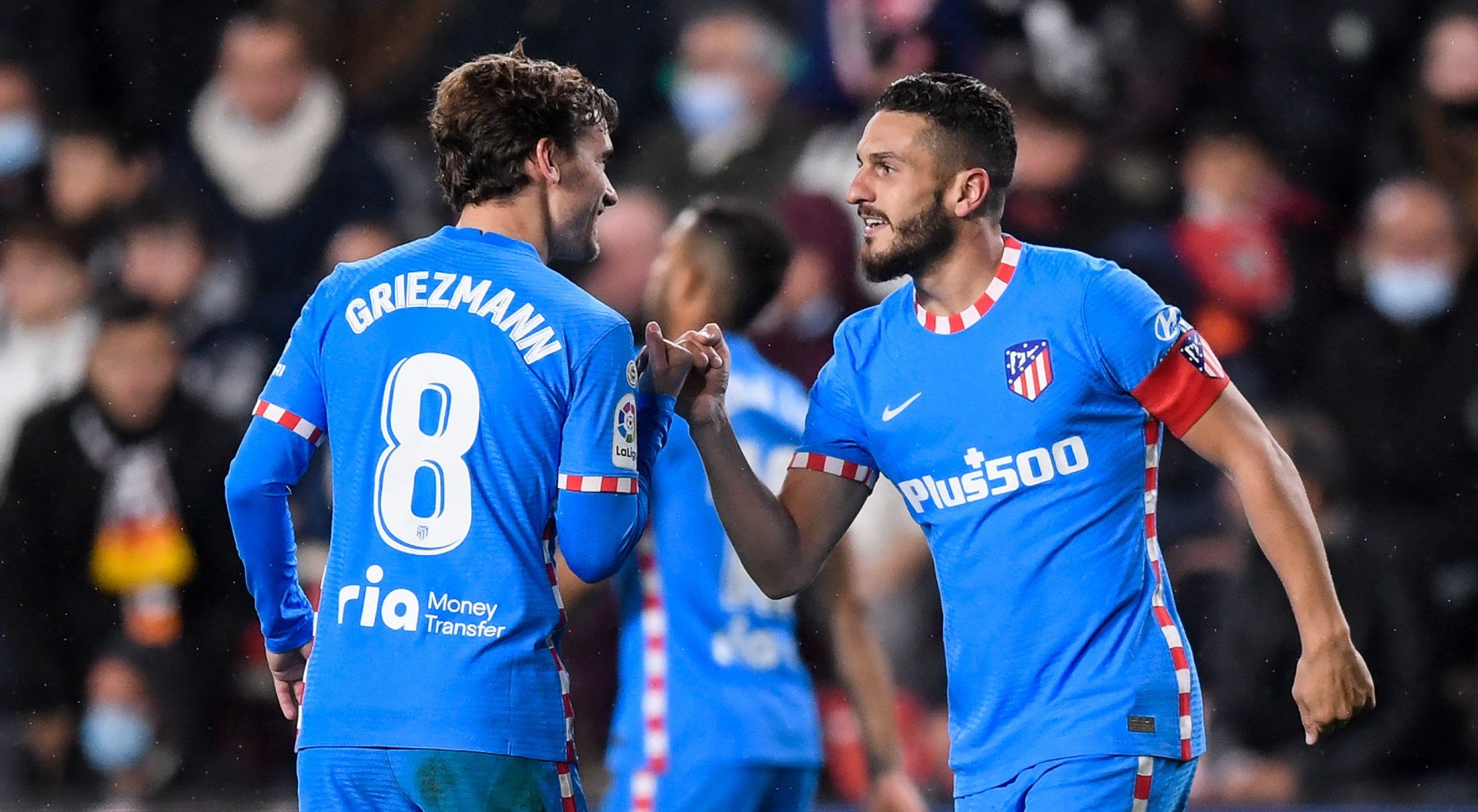 Atletico Madrid have gained an edge in the Top Four race thanks to a battling 1-0 win away at Rayo Vallecano.

Barcelona’s El Clasico trip to Real Madrid tomorrow could give an indication of the Catalans chance of a Champions League spot, but Diego Simeone’s side move up to third in La Liga overnight.

The visitors looked bright from the start in the south of Madrid with Antoine Griezmann missing two early chances.

However, Simeone’s charges looked to up the tempo in the second 45, as Vallecas-born Koke superbly swept home Joao Felix’s pass.

A lovely combination with Joao Felix and the skipper gives Atleti the lead 🔴⚪ pic.twitter.com/eT6OMgi2TQ

Both sides had chances to take the initiative late on, with Griezmann missing another opening, before former Atletico star Mario Suarez was denied.

Argentinian star Angel Correa was sent off for dissent in the final minutes but the away side dug in for the win.

Up next for Atletico is a clash with Alaves after the international break with Rayo heading to Granada.