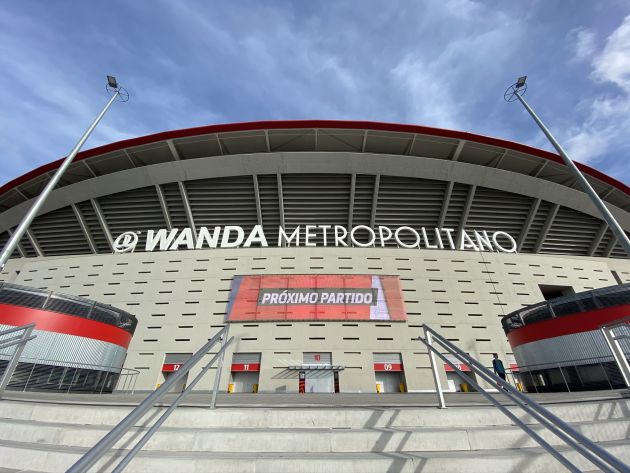 It’s been five years since Atletico Madrid moved into the Wanda Metropolitano, returning to an old site after many years at the iconic Estadio Vicente Calderon. It appears they will be playing in stadium with another name at some point next season though.

Their sponsorship agreement for the naming rights of the Metropolitano stadium expire this summer and according to Diario AS, Chinese group Dalian Wanda have already told the club they won’t be renewing their offer. Atleti do have ability to extend the deal for a determined amount of time as they look for a new sponsor, but will be keen to wrap up a new deal sooner rather than later.

The leadership at Los Colchoneros are happy to move on from Wanda as a sponsor too, with their eyes set on improving their revenue from the next deal. The deal to name the stadium Wanda was spaced out over 5 years and brought in a total of €50m for the club. Atleti have continued to qualify for the Champions League and secured another La Liga title last season, which further solidified their growing prestige around the world.

This marks a further step in Atletico’s attempts to get closer to Real Madrid and Barcelona, which were shown most clearly by their initial joining of the European Superleague. The gap between the big two and Atletico Madrid is still considerable, but with the Catalans in a precarious financial situation, it could be an opportunity to reel them in if things go well on the pitch.