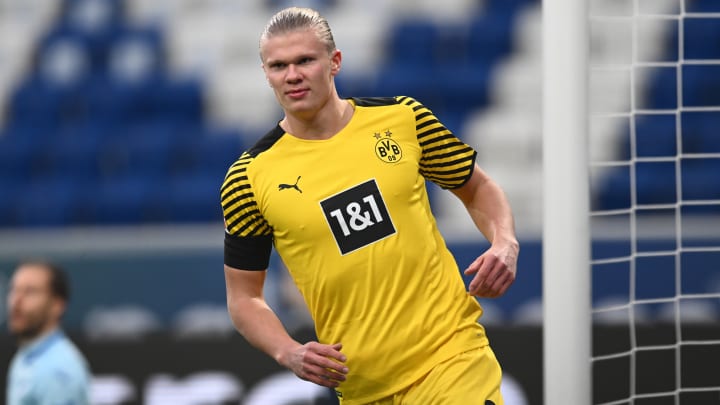 In a week where Kylian Mbappe stole the headlines thanks to his last-minute winner for Paris Saint-Germain against Real Madrid in the Champions League, Erling Haaland has been quietly working to return to full fitness and recover from his recent injury.

But that doesn’t mean discussions about the Borussia Dortmund forward’s future are on hold. Far from it. According to Marca both Barcelona and Madrid have been in contact with Haaland and his family in recent days to convey the desire they have for him.

The two Spanish giants aren’t the only horses in this race, of course, with PSG and Manchester City also credited with serious interest. But it seems more and more likely that this could end up being a straight out battle between Barcelona and Madrid.

Joan Laporta is said to be absolutely desperate to sign Haaland and would be loathe to see him end up at the Santiago Bernabeu. Madrid are keen to sign him but their priority is securing the signature of Mbappe on a free transfer in the summer. The fact that he’s Barcelona’s absolute priority could sway the race.