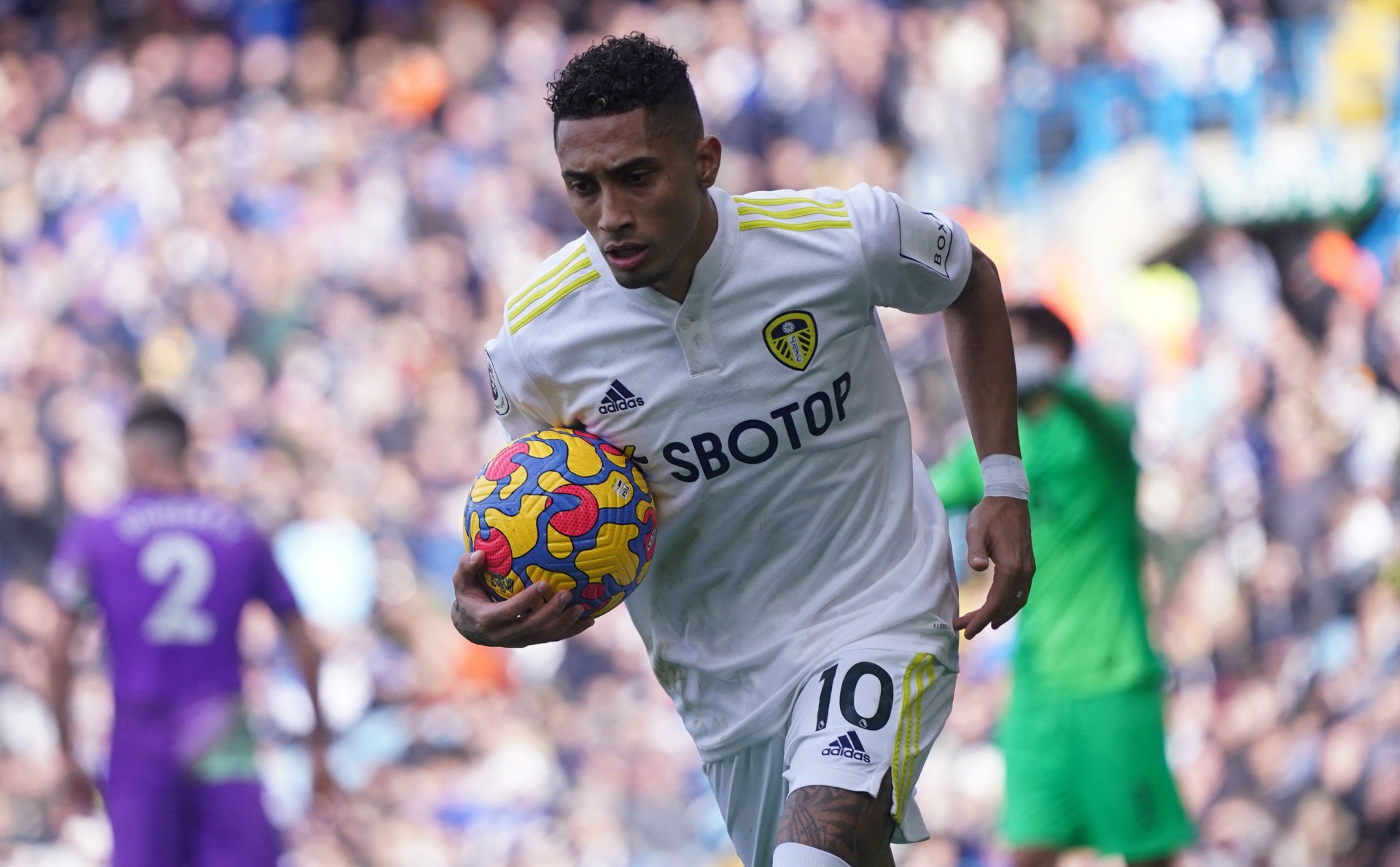 The Brazilian international has been tipped for a potential exit from Elland Road ahead of the 2022/23 season after impressing in his first two seasons in Premier League football.

Despite establishing himself as a fans favourite since his arrival from French side Rennes in 2020, Marcelo Bielsa’s exit has impacted his future, as Leeds battle against top-flight relegation.

According to transfer expert Fabrizio Romano, Barcelona are hoping to make use of their links with Raphinha’s agent, and former La Blaugrana midfielder, Deco.

Barcelona are interested in Raphinha alongside Premier League clubs, including Liverpool [Chelsea wanted him, now in stand-by]. Barça already discussed about Raphinha with Deco. 🇧🇷 #FCB

No talks yet with Leeds – as price depends on their PL future and potential buy out clauses. https://t.co/iof4IPzMdB

Barcelona have not made contact with Deco over his client at this stage, with the club hierarchy waiting to see if Leeds remain in the Premier League next season.

The 25-year-old is under contract in Yorkshire until 2024, but if Jesse Marsch’s side are relegated in the coming months, his value could drop from €40m to around €30m.