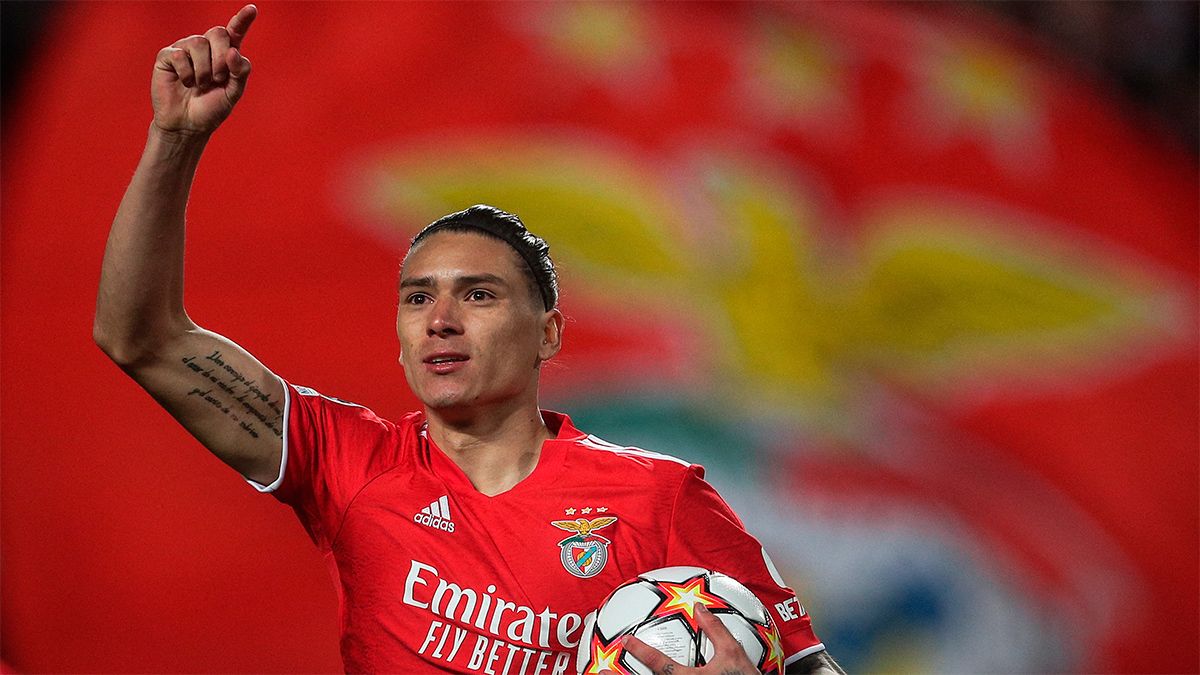 The Uruguayan forward scored for Benfica against Liverpool in their Champions League quarter-final this week and was the decisive man when they knocked Ajax out in the previous round.

It’s thought he’ll be leaving Lisbon this summer, however, with a price tag of over €50m placed on his signature and Barcelona mentioned as one of the clubs interesting in securing his services.

But it’s not going to be a smooth deal as per Diario Sport.

Darwin has broken up with his agent Edgardo Lasalvia and signed for super-agent Jorge Mendes, the man who represents the likes of Cristiano Ronaldo and Joao Felix. Lasalvia has taken the news badly and won’t give up on a fat commission without a fight.

Darwin joined Benfica in the summer of 2020 from Segunda side Almeria, who he joined the previous year from Uruguayan side Penarol. He’s contributed 42 goals and 15 assists in 79 games for the Portuguese outfit and earned eight caps for Uruguay.