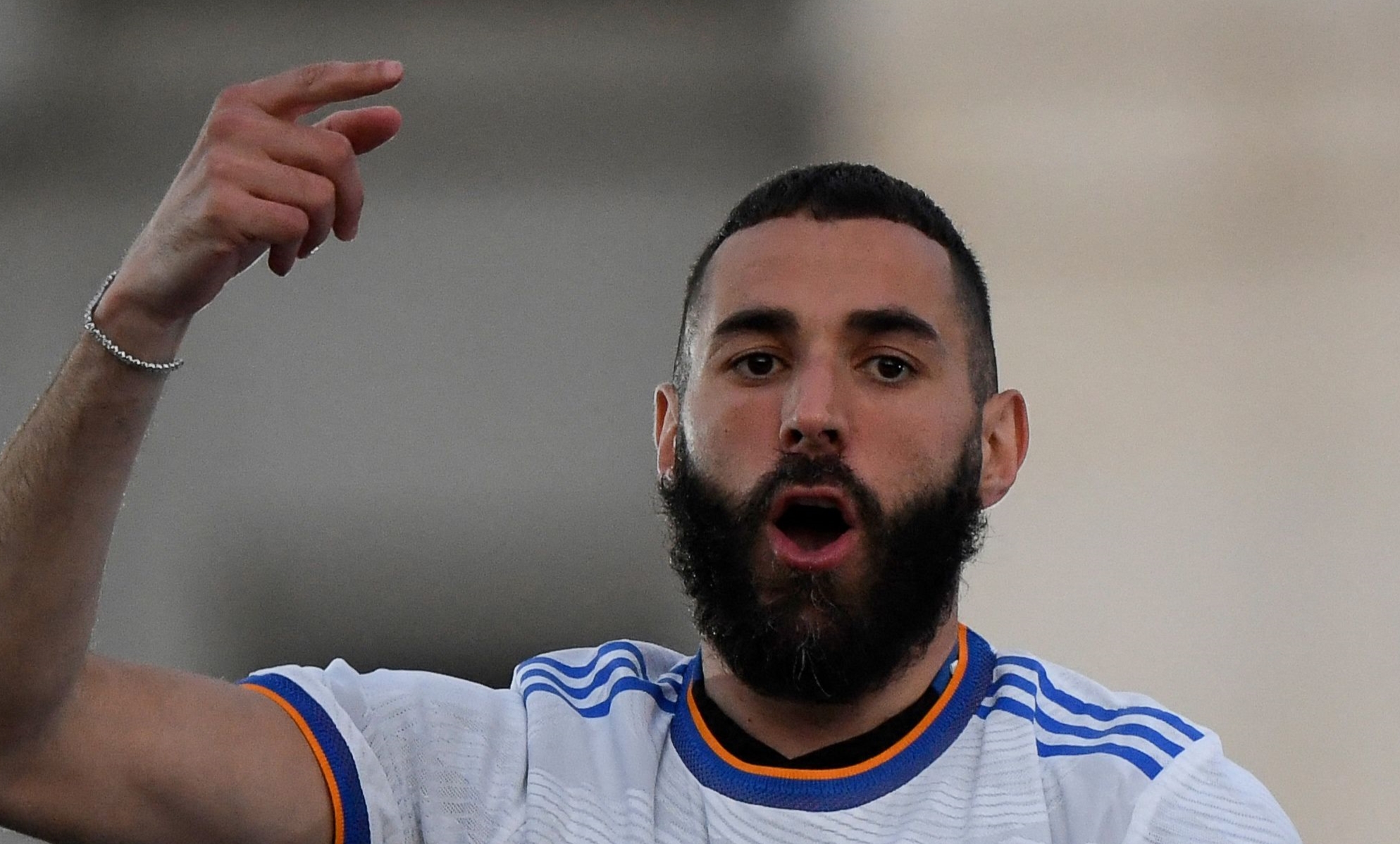 Los Blancos wrapped up their 35th La Liga title on Saturday with a 4-0 win over Espanyol at the Santiago Bernabeu.

Amid a season of inconsistency for most, Los Blancos have remained steady, while also managing to reach the Champions League semi-final, and they are still hoping to reach the final next week.

One man who has been absolutely key to Real Madrid’s success this season is star striker Benzema, who has managed 42 goals in 42 games in all and 26 goals in La Liga alone.

And after the title win, he took to Twitter to send a message to Real Madrid fans.

He said: “Another trophy for the best club in the world. Congrats to the team for the hard work this season and to the fans for the support…We still have other goals! Hala Madrid!”