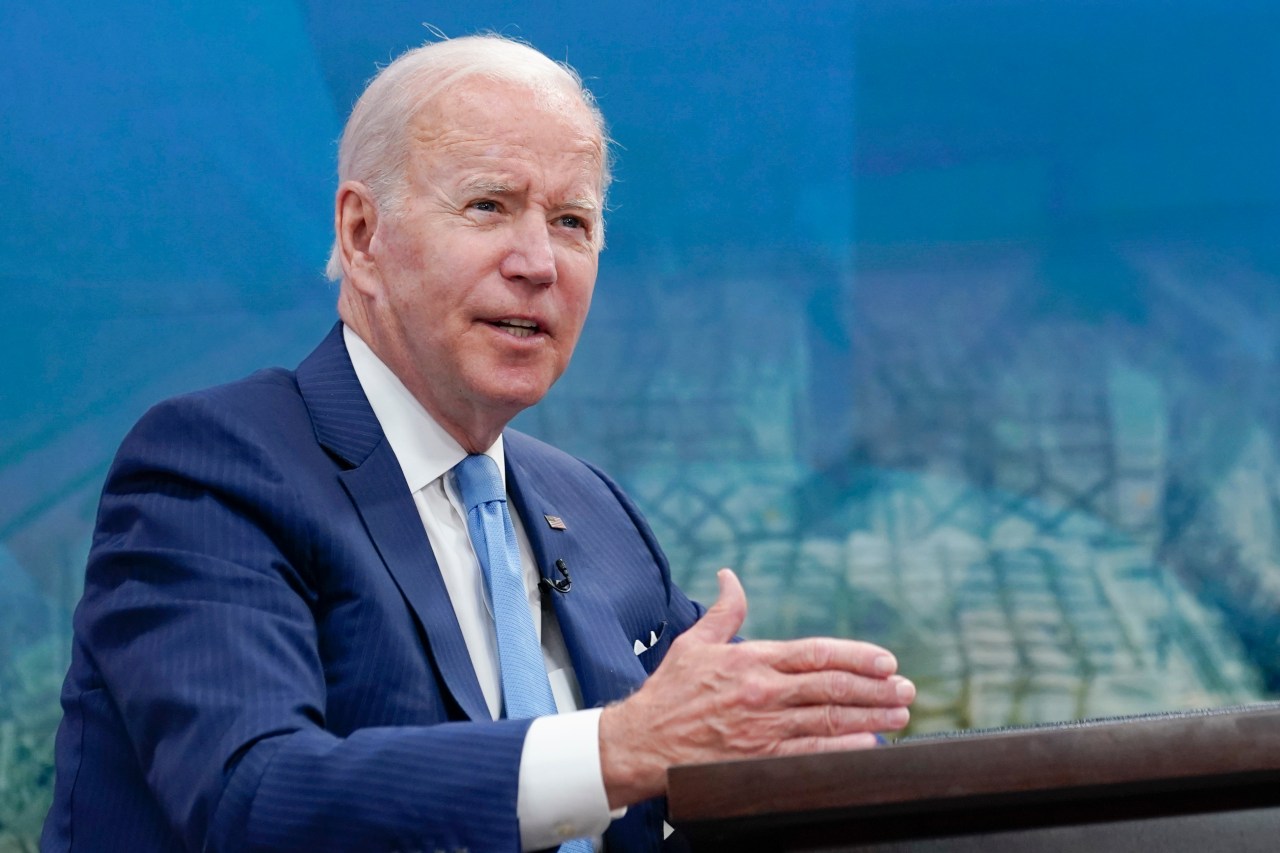 WASHINGTON (AP) — President Joe Biden delivered an impassioned plea to Congress to take action against gun violence in an address to the nation Thursday night, calling on lawmakers to restore a ban on the sale of assault-style weapons and high-capacity magazines after a string of mass shootings. If legislators fail to act, he warned, voters should use their “outrage” to turn gun violence into a central issue in November’s midterm elections.

Speaking at the White House, Biden acknowledged the stiff political headwinds as he sought to drive up pressure on Congress to pass stricter gun limits after such efforts failed following past attacks. He said if Congress won’t embrace all of his proposals, they must at least find compromise on other measures, like limiting access to firearms to those with mental health issues or raising the age to buy assault-style weapons from 18 to 21.

“How much more carnage are we willing to accept,” Biden said after last week’s shootings by an 18-year-old gunman, who killed 19 students and two teachers at an elementary school in Uvalde, Texas, and another attack on Wednesday in Tulsa, Oklahoma, where a gunman shot and killed four people and himself at a medical office.

And those came after the May 14 assault in Buffalo, New York, where a white 18-year-old wearing military gear and livestreaming with a helmet camera opened fire with a rifle at a supermarket in a predominantly Black neighborhood, killing 10 people and wounding three others in what authorities described as “racially motivated violent extremism.”

“This time we have to take the time to do something,” Biden said, calling out the Senate, where 10 Republican votes would be needed to pass legislation.

“I know how hard it is, but I’ll never give up and if Congress fails, I believe this time a majority of the American people won’t give up either,” he added. “I believe the majority of you will act to turn your outrage into making this issue central to your vote.”

All major broadcast networks broke away from regular programing to carry Biden’s remarks at 7:30 p.m. EDT, before the start of primetime shows.

Biden has used national speeches in the past to speak about the coronavirus pandemic and the chaotic withdrawal of U.S. forces from Afghanistan. But the president has used such addresses sparingly during his nearly 18 months in office, especially during evening hours

Earlier Thursday, Vice President Kamala Harris spoke about the Oklahoma shooting, saying, “All of us hold the people of Tulsa in our hearts, but we also reaffirm our commitment to passing commonsense gun safety laws.”

“No more excuses. Thoughts and prayers are important, but not enough,” Harris said. “We need Congress to act.”

Before marking Memorial Day on Monday, Biden told reporters at the White House that there may be some bipartisan support to tighten restrictions on the kind of high-powered weapons used by the gunman in Uvalde. But he also noted that, while he had taken some steps via executive actions, he didn’t have the power as president to “outlaw a weapon.”

He also said that “things have gotten so bad that everybody’s getting more rational, at least that’s my hope,” adding, “There’s realization on the part of rational Republicans” who realize ”we can’t keep repeating ourselves.”

Visiting Uvalde on Sunday, Biden mourned privately for three-plus hours with anguished families. Faced with chants of “do something” as he departed a church service, the president pledged: “We will.”

His Thursday night address coincided with bipartisan talks that are intensifying among a core group of senators discussing modest gun policy changes. Republican Sen. Susan Collins of Maine said the group is “making rapid progress,” and Biden has spoken to Connecticut Sen. Chris Murphy, among those leading their party’s efforts on the issue.

Democrats are hoping Biden’s remarks encourage the bipartisan Senate talks and build pressure on the Republicans to strike an agreement. Jean-Pierre said Biden is “encouraged” by congressional negotiations but the president wants to give lawmakers “some space” to keep talking.

The private discussions in the Senate, which is split 50-50 between Democrats and Republicans, are not expected to produce the kinds of sweeping reforms being considered by the Democratic-led House — which has approved expansive background checks legislation and will next turn to an assault weapons ban.

But even a House package debated Thursday that is less sweeping but includes a provision raising the required age for buying semi-automatic firearms to 21, faces slim chances in the Senate.

Instead, the bipartisan senators are likely to come up with a more incremental package that would increase federal funding to support state gun safety efforts — with incentives for bolstering school security and mental health resources. The package may also encourage “red-flag laws” to keep firearms away from those who would do harm.

Any major action is still a long shot. While the Senate approved a modest measure to encourage compliance with background checks after a 2017 church mass shooting in Texas and one in Parkland, Florida, the following year, no major legislation cleared the chamber following the devastating massacre of 20 children at Sandy Hook Elementary School in 2012.