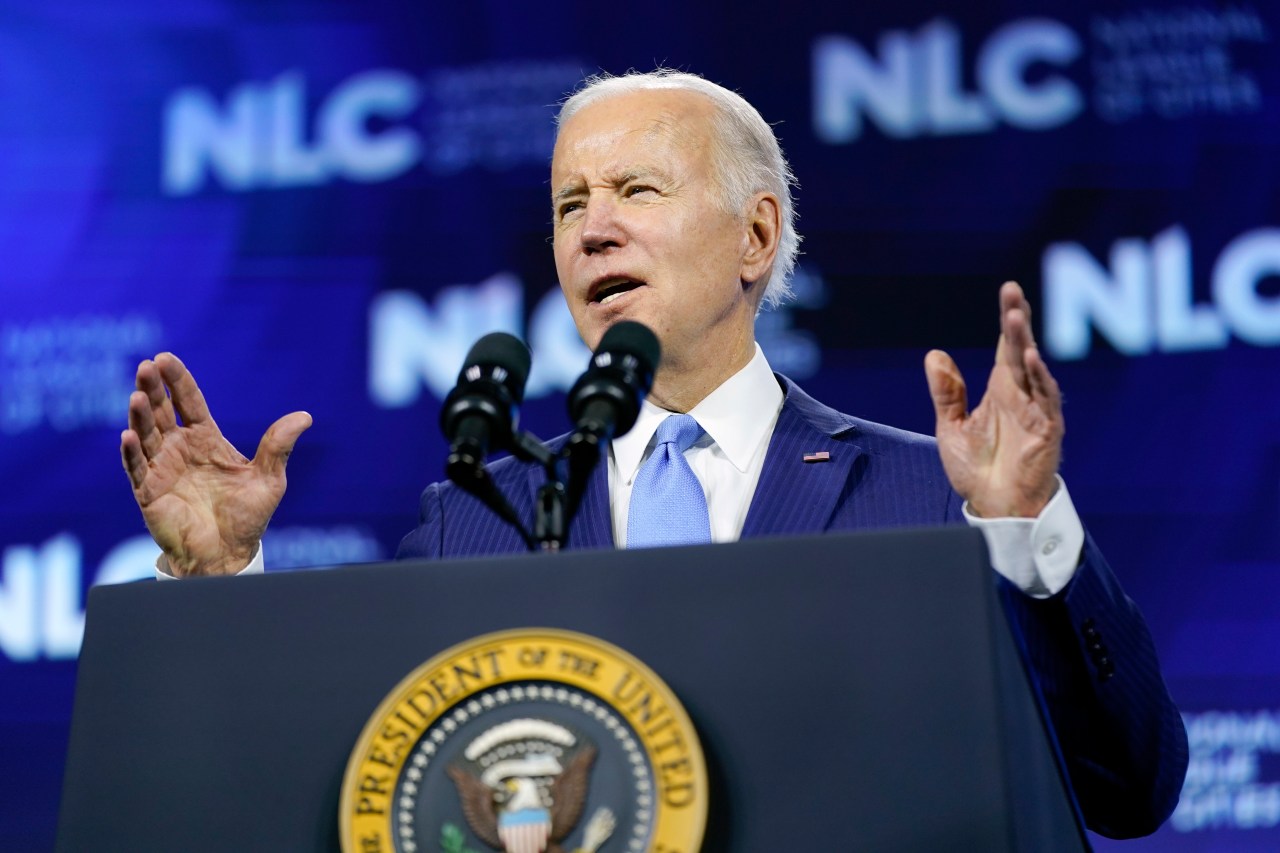 WASHINGTON (AP) — President Joe Biden on Monday held his first in-person fundraiser since the onset of the coronavirus pandemic, marking a return to a traditional form of politics that many Democrats eschewed as a matter of public safety over the past two years.

The big-dollar event in Washington, which two dozen donors attended, raised at least $3 million for the Democratic National Committee, according to an adviser for the White House who spoke on condition of anonymity to discuss private planning details.

Biden spoke to a group of 18 gathered at Hotel Washington near the White House, with four other joining by video screen. The president focused his remarks on climate change for the donors, tying the issue to other problems such as inflation and Russia’s invasion of Ukraine that has caused the oil markets to become volatile.

“There are three things we can deal with at the same time,” Biden said. “The climate crisis, consumer costs and national security — they’re not at odds with one another. If you look at them the right way, they’re compatible.”

Biden has attended several in-person political events in recent months, including a speech he gave at a DNC gathering last week. But his return to in-person fundraisers for the first time since the 2020 presidential primary nonetheless marks a new chapter in the politics of the pandemic, signaling a desire by Democrats to get back to normal after years of social distancing, lockdowns and virtual campaigning.

It comes at a crucial time for Democrats, who are looking to energize their wealthy donors ahead of this year’s midterm elections, when their control of Congress will be on the ballot.

“We need to bring some real determination, the same work ethic, the same enthusiasm. And if we do that, we’re going to keep the House and keep the Senate and add seats,” Biden told members of the DNC last week. “And by the way, if we don’t do that — if we don’t do that, it’s going to be a sad, sad two years. Think about Republicans if they had control of the Congress these last two years.”

Since the early days of the pandemic, Democrats have taken a sharply different tack than Republicans, including former President Donald Trump, who has hosted in-person fundraisers at his Mar-a-Lago resort for months.

Many Democrats, meanwhile, focused instead on raising money online. And when they did have in-person events, attendees were often required to provide proof of vaccination and a negative COVID-19 test.

Now, after the Centers for Disease Control and Prevention issued new guidance early this year, the fundraiser is just one part of what’s expected to be a more aggressive political schedule for Biden, which will likely include more travel.