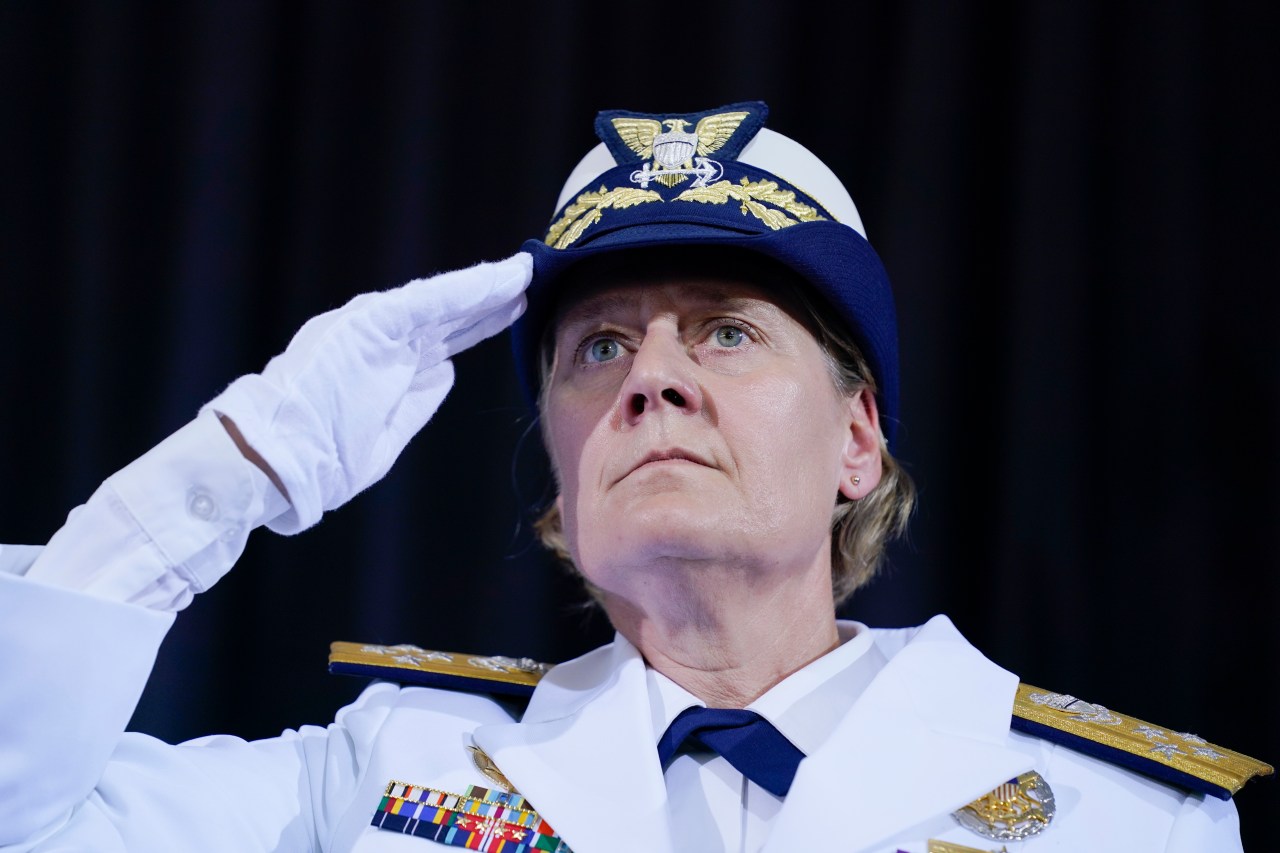 by: WILL WEISSERT, Associated Press

“The trailblazing career of Admiral Fagan shows young people entering the services, we mean what we say: There are no doors — no doors — closed to women,” Biden told around 2,000 cheering guests at Coast Guard headquarters. Those attending included service chiefs from other military branches and Homeland Security Secretary Alejandro Mayorkas.

The president added, “This is what an admiral and service chief in the United States armed forces looks like” and thanked Fagan for “all that you’ve done throughout your career to open the doors of opportunity just a little bit wider” allowing “those following behind you a way through.”

“Now we need to keep working to make sure Admiral Fagan may be the first but not the only,” Biden said. “We need to see more women at the highest levels of command in the Coast Guard and across every service.”

Fagan relieved Adm. Karl L. Schultz. In a brief address, Biden didn’t mention Russia’s war with Ukraine but said “the choices the world makes today will “shape the direction of the world throughout the 21st century.”

The president said his administration is “going to be calling on the Coast Guard more frequently” to combat the threats of climate change, given that Wednesday marked the first day of hurricane season that is anticipated to be ”the seventh straight year of above-average hurricane activity in the Atlantic.”

Biden also called the Coast Guard an “essential element” of his administration’s Indo-Pacific strategy, and said he planned to engage to guard against overfishing by Chinese interests.