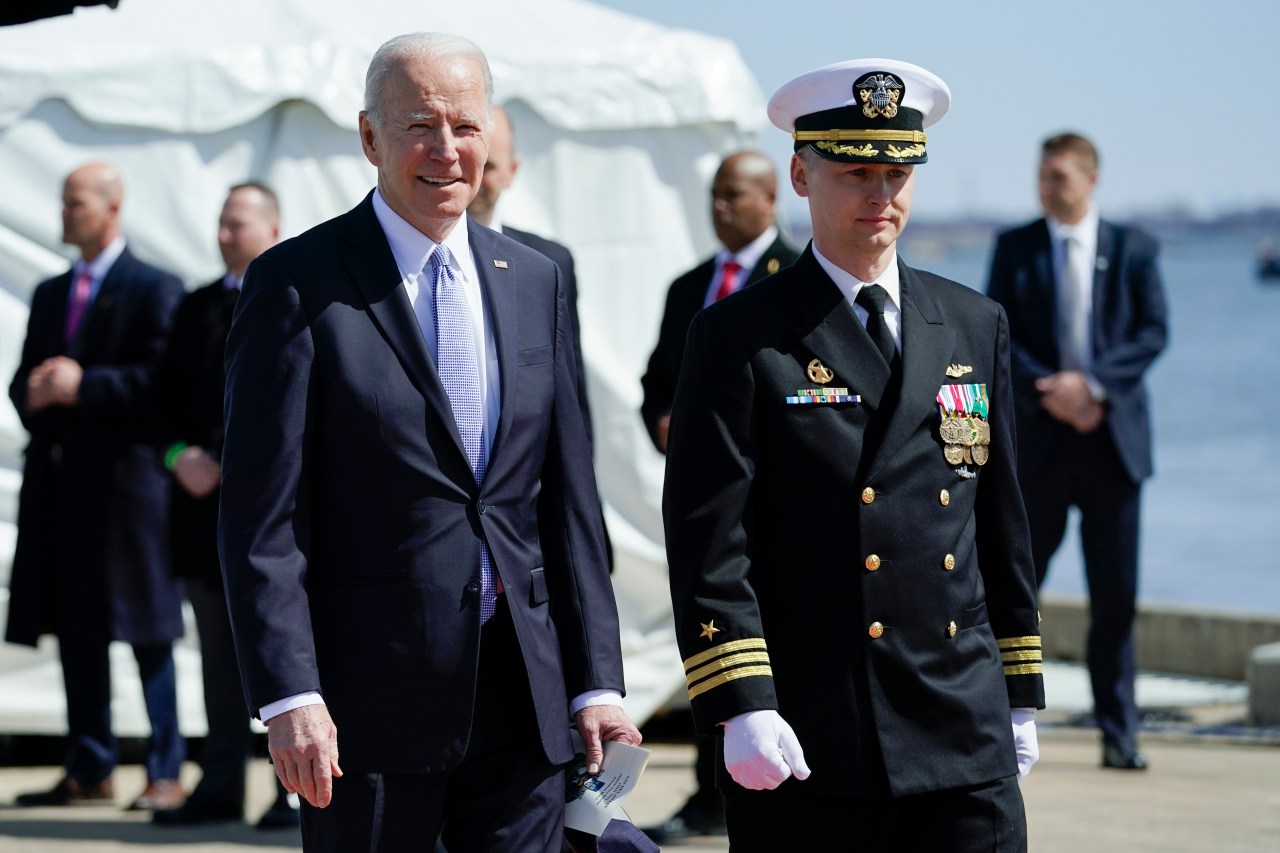 WILMINGTON, Del. (AP) — In a public ceremony delayed two years by the pandemic, President Joe Biden on Saturday commissioned the USS Delaware, a nuclear attack submarine, saying it would enhance national security, though he made no reference to the global turmoil from Russia’s invasion of Ukraine.

“As the commander in chief. I believe it is our sacred obligation as nation to prepare and equip those troops that we send into harm’s way and to care for them and their families when they return home,’’ he told a crowd of invited guests and dignitaries assembled on a sunny but chilly spring day on a restricted part of the dock in Wilmington.

This latest Navy ship to carry the Delaware name, the president said in brief remarks, “is part of a long tradition of serving our nation proudly and strengthening our nation’s security … not just us, but our allies and partners around the world as well. In fact it’s already been doing that for some time.’’

In April 2020, with the coronavirus pandemic spreading across the United States, the Delaware was commissioned while underwater, a first for a Navy vessel. Since then it has been in training.

After the ceremony, the president took a private tour of the Delaware. He did not respond to questions from reporters about Ukraine.

First lady Jill Biden is the submarine’s sponsor, a role meant to bring a vessel luck. During her remarks, she exclaimed: “Officers and crew of the USS Delaware, man our ship and bring her to life.” The crew responded, “Aye aye, ma’am” and, as she applauded, sailors in dress uniforms ran behind the crowd, then down onto the submarine and lined up on the deck

Saturday’s commissioning comes amid the war in Ukraine and after Biden announced a budget blueprint that proposes spending $795 billion on defense, which would mean an increase for the Pentagon.

Senate Minority Leader Mitch McConnell, R-Ky., said the proposal would at best “leave our armed forces simply treading water” because of inflation. But some progressive Democrats complained that was too much funding after the withdrawal of U.S. forces from Afghanistan last summer.

With a crew of 136 sailors, the Delaware is the 18th Virginia-class fast attack submarine, which is designed to seek and destroy enemy submarines and surface ships, and can fire Tomahawk cruise missiles, the Navy says.

The ship is 377 feet long, can dive to depths greater than 800 feet and operate at speeds in excess of 25 knots submerged. The submarine is also designed to operate for more than three decades without needing to refuel, according to a Defense Department news release.

This is the first time a century the name “Delaware” has been used for a Navy vessel, according to a Defense Department statement, and marks the seventh naval ship named after the state which Biden represented in the Senate for 36 years before his tenures as vice president and president.