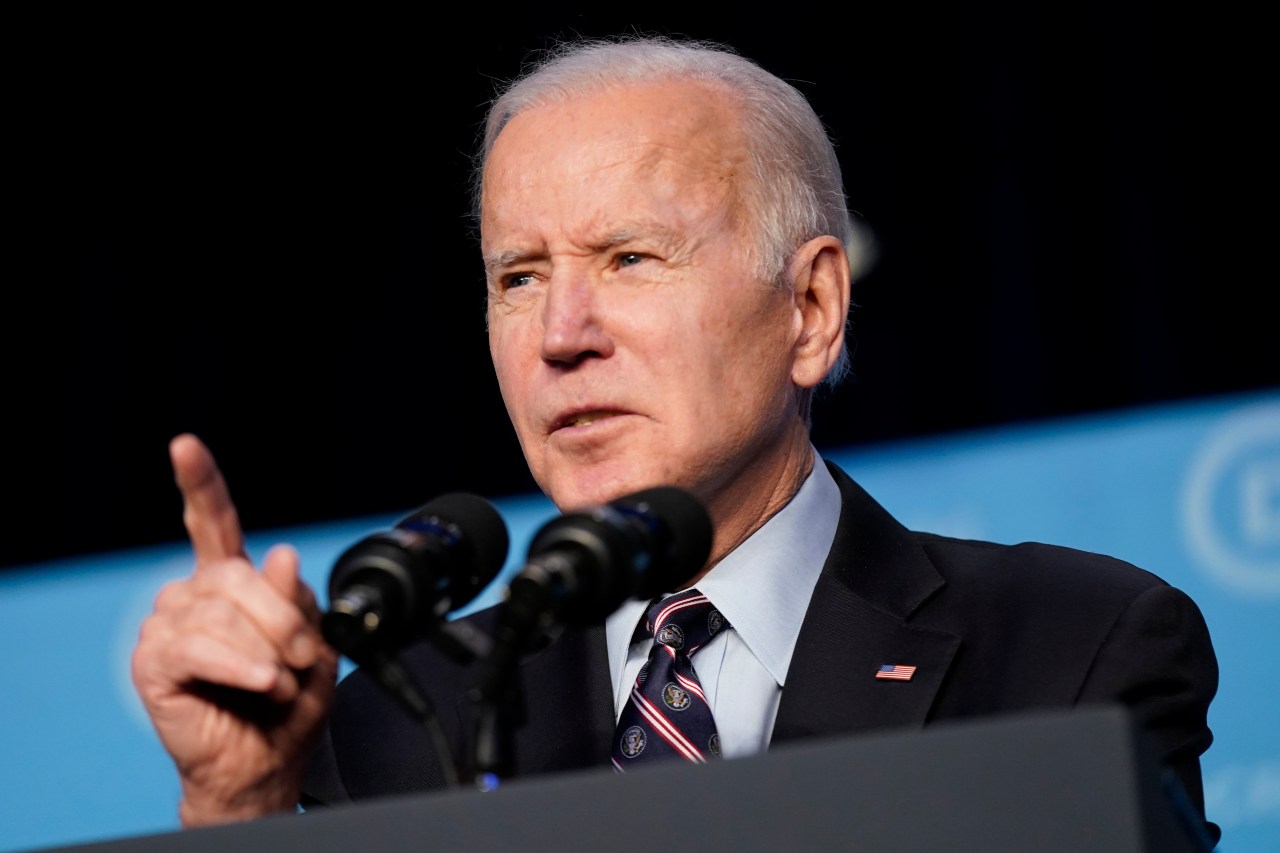 WASHINGTON (AP) — President Joe Biden told Democrats on Thursday night that they have a record “to be proud of” and must sell it with “confidence, clarity, conviction and repetition” heading into critical midterm elections that will help shape the next two years of his term in office.

He predicted a “sad, sad two years” if Republicans regain control of Congress.

Biden delivered that message to Democratic National Committee members on the eve of the anniversary of his signing of the $1.9 trillion American Rescue Plan, passed last March to help the U.S. economy rebound from the worst effects of the coronavirus pandemic. No Republican lawmakers voted for the plan.

“People were hurting. We had to act, and we did,” the president said. “We did it as Democrats without a single, solitary Republican vote.”

“We have a record, a record to be proud of, an agenda that addresses the biggest concerns here in America in people’s lives,” Biden told several hundred masked DNC members attending their winter meeting in person at a Washington hotel. “Now what we have to do is we have to sell it with confidence, clarity, conviction and repetition.”

“If we do that, we’re going to keep the House and keep the Senate and add seats,” Biden predicted, although history has shown that the party holding the White House typically loses strength in Congress in elections midway into a new president’s term.

Democrats operate with a thin majority in the House, and look to Vice President Kamala Harris to break ties in the 50-50 Senate.

Other parts of Biden’s agenda, such as voting rights legislation and measures to address the cost of care for children and the elderly, stalled in Congress after he failed to overcome opposition from Republicans and even some Democrats.

In his remarks, the president also acknowledged the financial pinch consumers are feeling at the gas pump and blamed significantly higher gas prices on Russian President Vladimir Putin’s decision to open war on neighboring Ukraine. Republicans counter that Biden’s policies are to blame.

Emma Vaughn, a spokesperson for the Republican National Committee, said Democrats can expect to keep losing as long as they continue to push what she said is Biden’s “failed agenda.”

“Democrats up-and-down the ballot are in lockstep with Biden and will be held accountable for his failures in November,” Vaughn said.