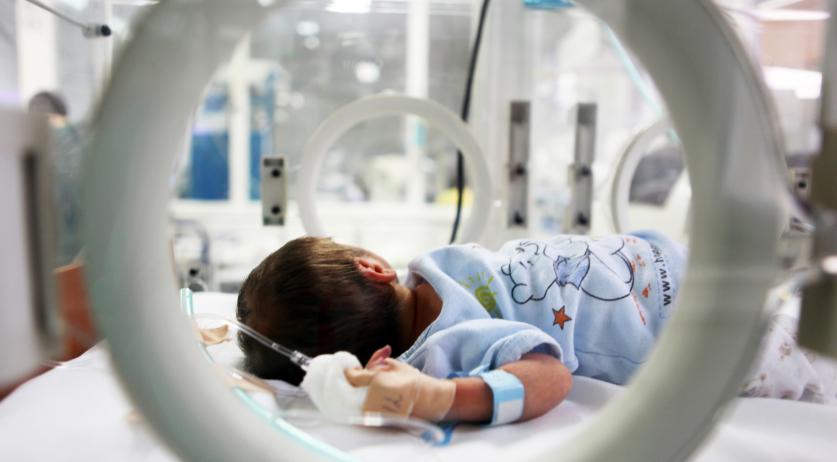 Newborn babies with brain damage can be given nose drops containing stem cells to treat the damaged spot in their brain, researchers and doctors from UMC Utrecht said in a study that will be published in The Lancet in June. They tested the therapy on ten newborns. Scientists saw that the drops worked, but exactly how effective they are is still under investigation.

The research started in 2010. According to the Utrecht hospital, few of the researchers believed that it would work. Neuroscientist Cora Nijboer’s team of researchers now knows better. The drops pass through “a kind of sieve bone in the nose.” They are then absorbed into the blood vessels of the meninges or the cerebrospinal fluid. “In this way, they migrate within a few hours to the place in the brain where the brain damage is,” said Nijboer.

Because the damaged area gives off “distress signals,” the stem cells are attracted to that area in the brain, the researcher explained. The cells then locally produce substances that activate the repair mechanism of their own brain stem cells. According to professor of neonatology Manon Benders, this works with newborns because their brains and networks are still developing in the first months.

The ten patients who took part in the study were given a single dose of stem cells as soon as possible after diagnosing cerebral infarction on the MRI. A stroke in babies is usually caused by a lack of oxygen during birth. The children can have problems as a result, such as learning or behavioral problems, motor problems, or epilepsy.

After receiving the nasal drops, the researchers kept a close eye on the babies. The MRI scan taken three months later showed no new tissue that should not be there. According to Benders, the nasal drops are, therefore, a safe method. She called it an important step toward a new therapy “for children who could not be treated before.”