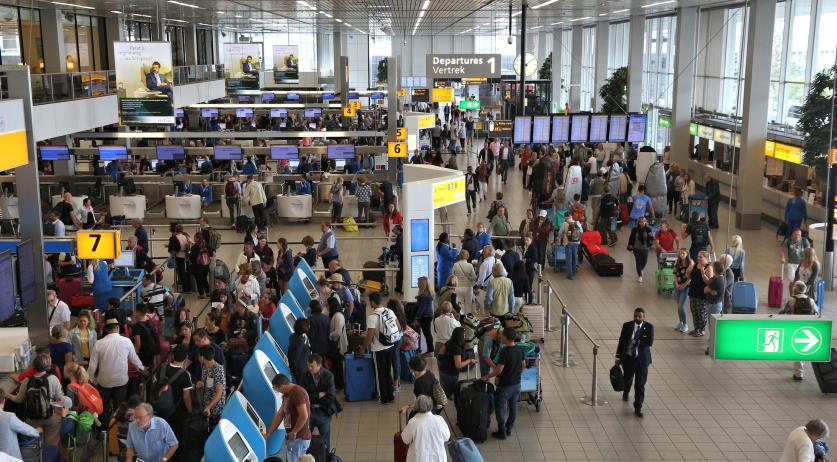 Schiphol’s departure halls are busy on Thursday, with long queues of waiting passengers at various gates. But there is no chaos, and the flow of passengers is going well. The situation looks more chaotic at Brussels Airport in Belgium, where baggage handlers started a wildcat strike. Travelers at Dusseldorf airport in Germany are also facing long queues.

An employee at the check-in desk at Schiphol said he hopes the situation will remain manageable on Thursday. “You see it. It is indeed busy but manageable. I hope it continues like that.” Recently, passengers at Schiphol often had to queue for hours due to staff shortages in security and baggage handling. Some travelers missed flights, and there were even clashes between frustrated travelers and security. The Koninklijke Marechaussee had to intervene.

Travelers at Brussels airport should take serious hindrance into account. Baggage handlers at Aviapartner spontaneously stopped working. TUI flights were especially affected on Thursday morning, but the company also processes suitcases for Ryanair, Lufthansa, and others. Aviapartner handles baggage for about half of the flights at the airport, affecting 115 departing flights on Thursday.

The strike is disrupting the flight schedules at Brussels Airport, already causing delays of an hour or more at 7:30 a.m. An airport spokesperson said flights might have to be canceled or leave without luggage.

Dusseldorf airport in Germany is also dealing with long queues of passengers, and that will last until at least after Pentecost, the German trade union for airport personnel Verdi warned. Here too, the lines are caused by staff shortages in security, which will not change in the foreseeable future, union official Ozay Tarim said in German media on Tuesday.

The long lines in the terminal are annoying for travelers but also stressful for security personnel, Tarim said. The situation now poses a threat to not only the safety of passengers but also the health of the guards. “We currently have an absenteeism rate of over 20 percent.”