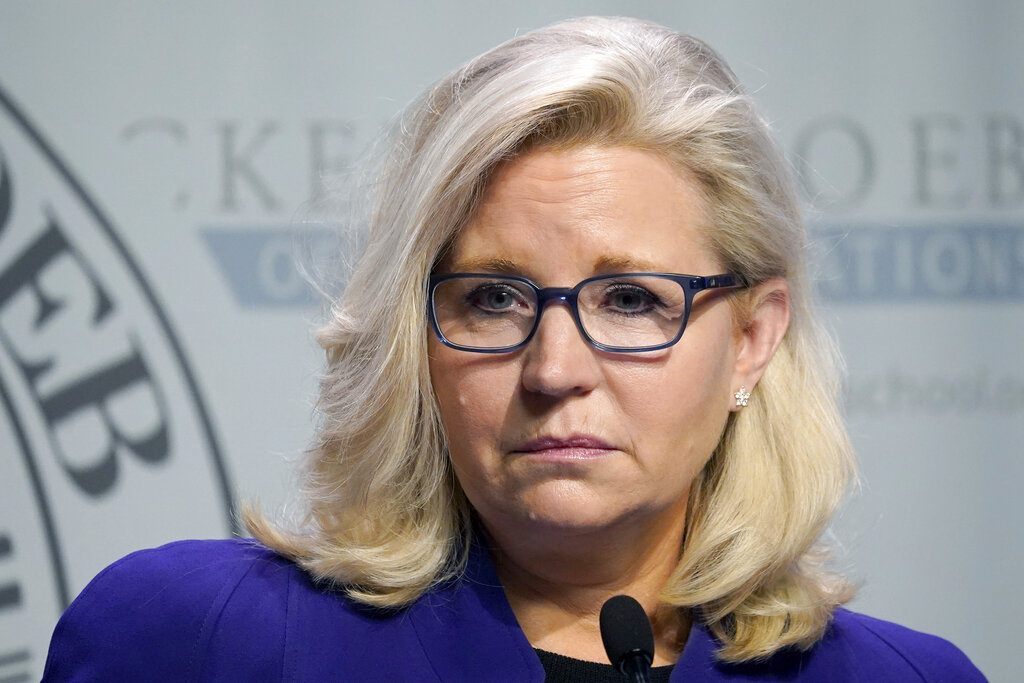 (The Hill) – Rep. Liz Cheney (R-Wyo.) on Sunday made it known that she agreed with a fellow GOP member of Congress who called former President Trump a “would-be tyrant.”

Rep. Tom Rice (R-S.C.) on Saturday condemned Trump following a rally in South Carolina, calling him a “disaster” and a “would-be tyrant.” Rice accused Trump of being “consumed by spite.”

Sharing a copy of The Hill’s article on Rice’s remarks on Twitter, Cheney wrote, “@RepTomRice is right. Most of our Republican colleagues know this. Their silence enables the danger.”

“Our country needs Republicans to be sane, responsible, and speak the truth,” wrote Cheney.

Both Rice and Cheney were among the 10 GOP House members who voted to impeach Trump after the Jan. 6, 2021, Capitol attack.

Trump has endorsed Republican primary challengers against both Cheney and Rice in their reelection races this year, seeking retribution against the lawmakers in his party who have spoken out against him.

“If you want a Congressman who supports political violence in Ukraine or in the United States Capitol, who supports party over country, who supports a would-be tyrant over the Constitution, and who makes decisions based solely on re-election, then Russell Fry is your candidate,” said Rice.