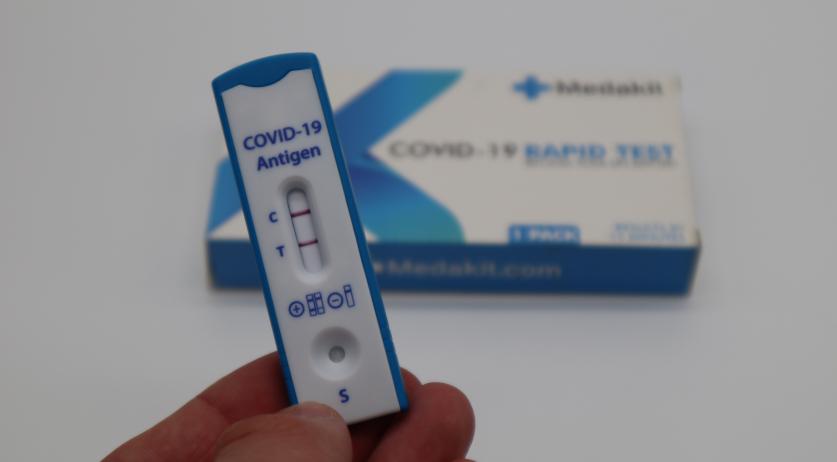 For the first time in over a month, Dutch hospitals were treating more than 600 people with Covid-19, figures from the LCPS showed on Tuesday. Additionally, nearly 26,500 people tested positive for the SARS-COV-2 coronavirus over the past seven days, the highest total in over two months, including 4,800 in the past 24 hours.

The Covid-19 hospital patient total reached 605, an increase of 55 from Monday’s total. The increase is entirely within the regular care wards, which now house 583 patients with the disease. There are 22 others in intensive care units, the same number as Monday. This number has been hovering near this level for weeks.

In the past 24 hours, hospitals admitted 82 new Covid-19 patients in the regular care wards, the highest number in almost two months. Two new patients were sent directly to an intensive care unit.

The LCPS does not distinguish between people who were admitted as a direct result of their coronavirus infection, and people who ended up in a hospital for another cause, and who happened to also test positive for the infection.

Although there has been an increase in Covid patients in hospitals in recent weeks, the total numbers are still relatively low compared to the far higher number of patients who tested positive for coronavirus during the last wave. During the six-month period between the end of October and the end of April, the hospitals counted over a thousand Covid-19 patients in active care on a daily basis. At the peak of that wave in December, more than 2,800 people with coronavirus were in regular care wards and intensive care units.

Meanwhile, the number of confirmed coronavirus infections is rising rapidly. Some 26,462 people were told that they had contracted the coronavirus after a visit to a GGD test location just in the past week. That is the highest number since the seven-day period ending on April 12, more than two months ago. Because self-tests are not included in the official statistics, the actual number of infections is likely much higher.

Last week, the RIVM reported that it recorded 15,526 positive tests in seven days. This means that the number of confirmed infections rose by 70 percent in a week. In two weeks, the number has nearly tripled.

The increase can be seen “throughout the Netherlands and among all age groups,” the RIVM said in its regular weekly update. The increase is due to the emergence of new versions of the Omicron variant of the coronavirus. They are better able to circumvent immunity to the virus, but they do not seem to make people have more serious symptoms of Covid-19. The number of infections is also increasing in other countries.

The basic reproduction (R) number, which indicates how quickly the virus spreads, is at 1.25. This means that an average group of 100 people contagious with the corona virus two weeks ago infected 125 others. They then infected 156 people, who then transmitted the virus to 195 others.

Between Monday morning and Tuesday morning, the RIVM registered almost 4,800 positive tests, the highest single-day total number since April 13. Amsterdam (286), The Hague (210), and Rotterdam (205) represented the most confirmed infections.

More and more people are going to the GGD to confirm that they have been infected due to the new coronavirus wave, The test sites carried out just over 32,000 coronavirus tests last week, more than the two previous weeks combined. Some 68 percent of those tests were positive, the highest percentage since the beginning of March.

Data from Stichting NICE and the RIVM showed that the number of hospital admissions is increasing. Their figures show that 268 people were hospitalized last week because of their Covid-19 symptoms, the highest number since the end of April. In 22 of them the complaints were serious enough to require admission into an intensive care unit. That is also the highest total since April.