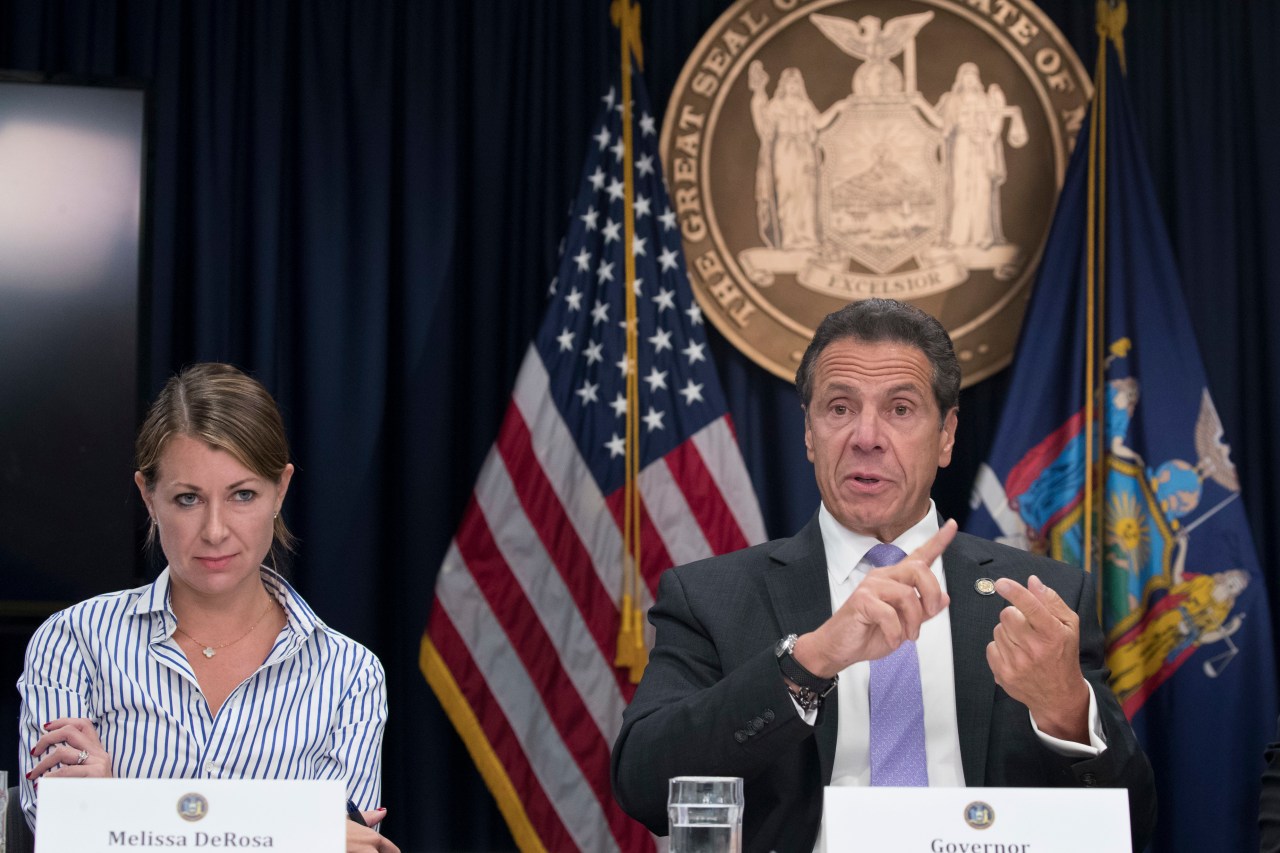 Cuomo resigned in August, days after an independent probe found he sexually harassed nearly a dozen women and that he and aides worked to retaliate against one of his accusers. Those accusers included the unnamed state trooper on his security detail, who said he allegedly subjected her to sexual remarks and on occasionran his hand or fingers across her stomach and her back.

“As with his other victims, the governor used his physical proximity to Trooper 1 to touch her inappropriately,” the lawsuit alleges.

“He commented on her appearance (‘why don’t you wear a dress?); wanted to kiss her (‘(c)an I kiss you?’); asked her to find him a girlfriend who could ‘handle pain;’ and steered their conversations towards sex (‘(w)hy would you want to get married? … your sex drive goes down’),” the suit said.

“Gov. Cuomo will fight every attempt at cheap cash extortions and is anxious to have the dirty politics stop — we look forward to justice in a court of law,“ Azzopardi said Thursday.

Cuomotold investigators that he would hug the female trooper hello, and that he “may have touched her shoulder.” He said he didn’t remember running his fingers down her back or touching her stomach.

“If I did, it was incidental, and I don’t remember doing that,” he said.

DeRosa’s attorney Paul Schectman said his client only interacted with the trooper to say “hello and goodbye,” calling the lawsuit “beyond frivolous.”

The lawsuit also claims Cuomo and DeRosa tried to silence the trooper and other women who alleged harassment.

In November, DeRosa tweetedthe trooper “attempted to extort me for money.” The lawsuit alleges that by doing so, DeRosa “retaliated” against the trooper, whose attorney in September sent a letter “asserting her legal rights” to Cuomo and DeRosa.

Cuomo recently announced he’ll file ethics charges against the independent investigators who led the probe, and that he would alert local prosecutors about alleged “perjury” and “witness tampering.”

“The Governor and his enablers have threatened criminal charges against his victims and ethics charges against their attorneys in a blunt – but transparent – effort to dissuade them, including Trooper 1, from seeking to vindicate their legal rights under civil laws that prohibit sexual harassment,” the lawsuit reads.

Cuomo championed a 2019 law that lowered the state’s civil standard for sexual harassment to conduct above “petty slights and trivial inconveniences.”

He and other supporters said the previous “severe and pervasive” standard made it too hard to hold harassers accountable. Civil penalties for sexual harassment in New York include monetary damages, fines, attorney fees and orders requiring employers to take action to stop harassment.