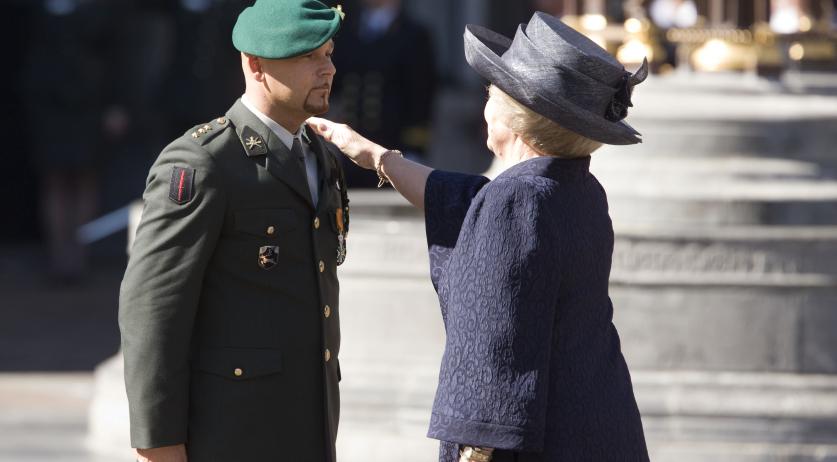 Decorated soldier Marco Kroon saved his neighbors’ child from choking on his pancake on Saturday afternoon in his hometown of Schijndel, according to AD.

The war hero was working in the shed behind his house when his wife told him there was something wrong at his neighbors’ home. “I went there immediately. When I arrived, he was completely blue, the parents were distraught,” Kroon said.

He was able to help the choking boy with a “number of punches to the back” before an ambulance arrived a few minutes later, East Brabant police confirmed. “After the parents had applied the Heimlich maneuver, their son still turned purple,” the police report read, according to AD. “They warned the neighbors in a panic. The neighbor then gave the boy a number of punches on the back, and that helped.”

Kroon is no stranger to the front page. He received one of the highest honors in the Netherlands –– a member of the Military Order of Willem – Fourth Class –– in 2009 from the former Queen Beatrix. In the following years, he made headlines in a Public Prosecutor (OM) investigation into one of his missions in Afghanistan. Most recently, in 2019, he was prosecuted for head-butting a police officer after being reprimanded for public urination at a Den Bosch carnival.