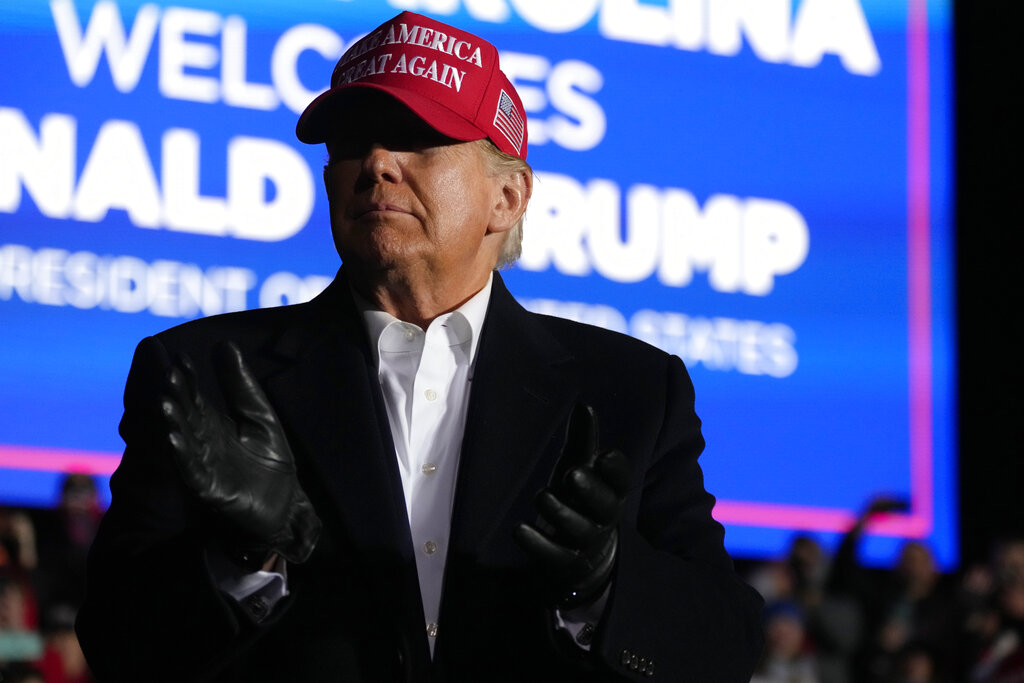 The group told The New York Times that it is filing a formal complaint with the Federal Election Commission and using the former president’s own words in the complaint.

“He should have to adhere to the law in a way that all other candidates do,” the group’s president, Jessica Floyd, told the publication. “When he says ‘I’m going to do it a third time,’ that’s not flirting. That’s more than a toe dip.”

American Bridge specifically pointed to a quote Trump made last year in which he said, “I know what I’m going to do, but we’re not supposed to be talking about it yet from the standpoint of campaign finance laws.”

Trump’s team has hit back at the complaint.

“America is spiraling into disaster because of the Democrats’ failures, and instead of reversing course, they are busy filing frivolous complaints that have zero merit,” Trump spokesman Taylor Budowich told the Times.

According to federal finance rules, anyone who raises or spends over $5,000 in an effort to support a presidential campaign must file with the FEC.

The development comes as the former president continues to tease a potential 2024 presidential run, despite not officially throwing his hat into the ring.

On Saturday during a rally in South Carolina, Trump continued to float the idea of a run.

“In 2024 we are going to take back that beautiful, beautiful White House,” Trump said. “I wonder who will do that. I wonder. I wonder.”