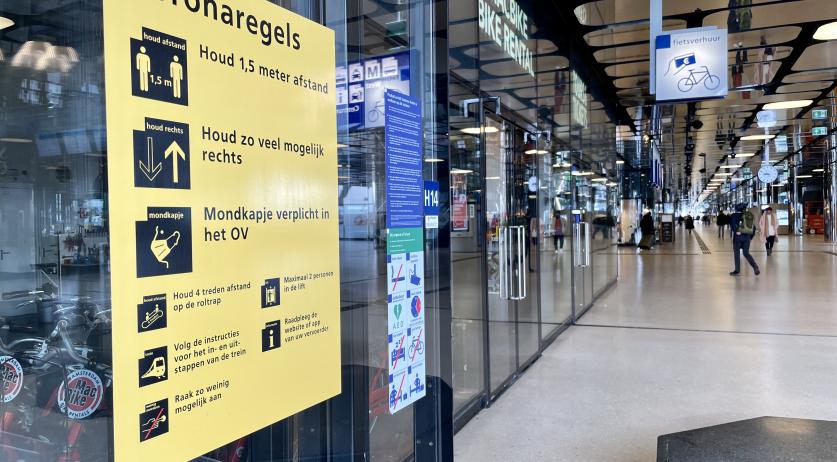 Hospitals in the Netherlands were treating the highest number of patients with Covid-19 since December 31. The patient total has jumped by just under 30 percent in a week, reaching 1,774 on Sunday.

The patient total increased for the eighth consecutive day in new figures from the LCPS. It rose by 92 since Saturday, about 5 percent, after accounting for new admissions, discharges, and deaths. If the current trend were to continue for another week, the patient total could top 2,300 by next weekend.

Still, the intensive care units were treating a relatively low 152 patients, a net decrease of two. That figure has remained near the lowest level since mid-October, and he’s held below 200 for nearly five weeks. The other 1,622 patients were in regular care wards, a net increase of 94 that took that total to its highest point since just before Christmas.

Dutch hospitals admitted 1,600 patients with Covid-19 in the past seven days, or an average of 229 per day. That average rose by 42 percent in a week to its highest point since December 20. This past week, 99 of the new patients were sent to intensive care, compared to 83 the previous week.

The RIVM said it diagnosed 52,353 new coronavirus infections between Saturday and Sunday morning. While relatively low compared to data earlier in the week, testing figures are often lower over the weekend.

The seven day average fell with the new data for the second straight day to 65,847. The average remained 23 percent higher compared to last Sunday.

The three cities with the most new infections were Amsterdam (1,976), Rotterdam (1,207), and The Hague (1,078). The total from Amsterdam was over 21 percent below the capital’s average. Rotterdam’s total was 16 percent below its average, similar to The Hague.