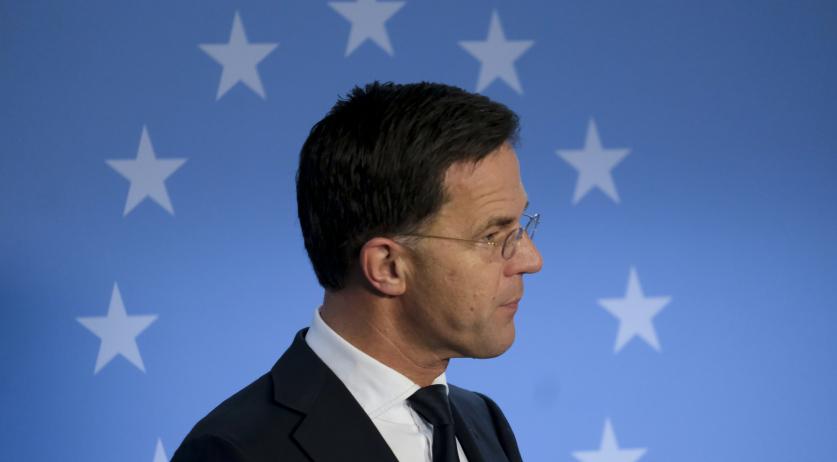 Next week will be another busy period for Dutch Prime Minister Mark Rutte as he tries to maintain close ties with NATO allies during the aftermath of Russia’s invasion into Ukraine. Rutte will visit Lithuania and Poland on Monday to discuss the war in Ukraine, before meeting with his Turkish counterpart on Tuesday after years of strained relations between the Netherlands and Turkey. Foreign Affairs Minister Wopke Hoekstra will also meet with his European colleagues, though he said it is becoming increasingly difficult in the European Union to agree on new sanctions against Russia.

Rutte has a meeting in Lithuania with President Gitanas Nauseda and Prime Minister Ingrida Šimonytė. He will also visit the Dutch soldiers who form part of the NATO force in the Baltic country, which borders Russia. In Poland, Rutte will speak with his colleague Mateusz Morawiecki. He will also visit a reception center for refugees from neighboring Ukraine in Warsaw with mayor Rafał Trzaskowski.

The Dutch prime minister will also speak with Pedro Sánchez, the Prime Minister of Spain, on Wednesday, and will join the extra NATO summit in Brussels on Thursday focused on the war in Ukraine.

Rutte will travel to Ankara on Tuesday for talks with Turkish President Recep Tayyip Erdogan. Relations with Turkey have been tense in recent years. Erdogan has recently been trying to renew ties with more countries that have distanced themselves from Turkey.

Last October, Erdogan threatened to expel the Dutch ambassador from the country. That was in response to a statement by ten ambassadors in which they called for the release of Turkish businessman and philanthropist Osman Kavala. Erdogan dropped the threat days later, but Kavala remains incarcerated.

Relations between the two countries have been strained for years. The Netherlands has taken issue with Erdogan’s authoritarian policies, human rights violations, and the suppression of the media. Turkey’s military presence in Libya, Syria and Azerbaijan also upset Dutch politicians.

A low point in the relationship occurred in 2017 when the Netherlands refused to allow Turkish politicians to campaign in the Netherlands. That led Dutch authorities to expel a Turkish minister from the country. Erdogan then accused the Netherlands of Nazism. Rutte called Erdogan hysterical.

The link between the two countries was repaired a year later, but they never really warmed up. Rutte has not been in Ankara since then, but has recently had a few long talks with Erdogan elsewhere. “Personal relations have always remained good,” Rutte said after the Cabinet meeting on Friday.

According to the prime minister, it is important that countries within NATO continue to have intensive discussions with each other. “Turkey is very important for the defense of the eastern flank,” he said. Germany is one of the few European countries that has close contact with Turkey. Rutte believes that more countries should take this approach.

He recently said in a telephone conversation with Erdogan that he would soon travel to meet the leader. That visit is convenient during the run-up to the NATO summit, according to Rutte. Moreover, Erdogan is one of the few leaders who is currently in contact with the leaders in Moscow and Kyiv.

Earlier this year, Turkey also sought rapprochement with Israel. The country is an old ally of Turkey, but the relationship soured in recent years. Ankara is also looking for a better relationship with two neighboring countries, Armenia and Greece. Turkey’s economy has been in a difficult situation for some time.

Minister Wopke Hoekstra of Foreign Affairs will meet with his European colleagues early next week to consult about new steps against Moscow. Hoekstra said in parliament on Thursday that the European Union nations are having trouble agreeing on more sanctions against Russia.

Since Russia invaded Ukraine, the EU has imposed heavy sanctions on President Vladimir Putin’s regime in consultation with the United States, Canada, and the United Kingdom. Russian banks have been cut off from the international payment system SWIFT, and many Russian funds have been frozen.

Hoekstra thinks it is good that a new layer is being placed on the existing sanctions. But the sanctions are now a little less harsh than two weeks ago, he said in a debate in parliament. There are several reasons for this. The effects of the sanctions are being examined. The EU also does not want to get in the way of negotiations between Ukraine and Russia.

But it is also becoming more difficult for the 27 member states to reach a consensus on new sanctions. “By the way, agreeing has not necessarily become easier because countries also wonder: what is the hit to myself?” Hoekstra said. The government continues to support new sanctions against Russia.

The EU also does not have that many new sanctions available anymore before it will have to look at oil and gas. However, several countries are highly dependent on energy supplies from Russia. That cannot simply be replaced. Germany, among others, is ow showing restraint, insiders say. The government also believes it is essential to maintain unity within the EU. Sanctions require everyone’s consent.

Another suggestion is to close the European ports to Russian ships. The Cabinet is not against this, said the Minister. But it is crucial that an EU-wide agreement is reached on something like this, he added.