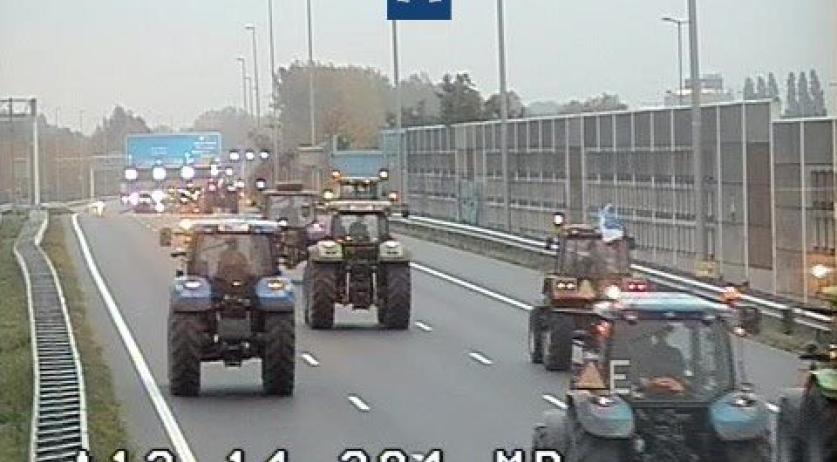 Cutting nitrogen emissions by half will produce major changes in many areas, confirms the nature analysis from the Ministry of Agriculture. This analysis shows that in the Gelderse Vallei, the valley just west of the Veluwe, nitrogen emissions must be reduced by 58 percent. There is also a huge job ahead for Noord-Brabant, the province with the highest nitrogen emissions.

In Limburg, the nitrogen must be more than halved. In protected Natura 2000 designated nature areas, emissions must even be reduced by at least 95 percent. It must be cut by 70 percent in the ring around these nitrogen-sensitive areas, but the provinces can partly determine how wide that ring is. This means that there is hardly any space for farming, although the ministry notes that agricultural activities exist as “a conscious part of, for example, nature management.” An appropriate solution must then be found.

Nature and Nitrogen Minister Christianne van der Wal sent the “directive objectives” per region to the Tweede Kamer on Friday. They are especially drastic for farmers. According to the RIVM, 45 percent of the nitrogen seepage comes from the agricultural sector. In some areas, many farmers will have to leave or must significantly reduce their emissions in some other way.

Although the Cabinet hopes to finally give farmers some clarity, the provincial leaders will still have some time and a great deal of flexibility to achieve the goals. On 1 July 2023, they must present their approach per area. They can deviate from the specific nitrogen targets on an area basis, but the nature targets must be achieved. Almost three-fourths of at-risk nature must be returned to a level that is safe for nature, bringing it below the critical deposition value.

Nationally, this means that nitrogen emissions must be halved and in some areas the space will have to be completely overhauled in order to achieve higher goals. In areas where farming is possible without problems with water, soil and nature, nitrogen emissions will still have to be reduced by about 12 percent, often through national measures. In many other places, emissions have to be almost halved.

Greenpeace says it is pleased with the Cabinet plans on nitrogen and agriculture. “After years of dawdling, the Cabinet is finally presenting a plan that will hopefully save nature and make the construction of houses possible. Not a second too soon, because according to ecologists, nitrogen emissions must be significantly reduced before the end of 2025, otherwise we will lose vulnerable nature.” the environmental organization responds.

Agricultural and horticultural organization LTO Nederland disagreed. “The Cabinet’s proposals represent an unrealistic hatchet job. For the countryside, for farmers and horticulturists, but also for nature,” said LTO Nederland chairman Sjaak van der Tak in a statement. “Despite a few empathetic words, we mainly see dictations from above, against the proposals in the coalition agreement. That will not work.”

The news hit hard, Van der Tak says. “We have lobbied intensively in the interests of our members. However, we conclude that too little has been done with the broadly supported, realistic proposals that we have made with sector parties and other organizations. LTO Nederland is currently drawing a line for the government. We can’t help with this.”

LTO Nederland also says that the Cabinet is getting stuck in a legal quagmire of unworkable standards. “The responsibility is placed at the feet of the provinces. Moreover, the impasse that this creates does not help nature. That is such a shame, especially because widely supported, realistic proposals have been made by farmers, nature and business organizations.”

According to Greenpeace, provinces would “do well not to respond to the call from LTO Nederland to oppose the Cabinet plans, but to get to work.” The organization believes it is time for LTO “to cooperate and to stop society from waiting. Otherwise, the courts will have to intervene again to force administrators into action.”

In 2019, the Council of State put an end to the old nitrogen policy that was far too non-committal.

Farmers will protest in The Hague on Wednesday, 22 June, against the government’s approach to the nitrogen problem. Farmers collective Agractie has made an appeal to this effect and expects many farmers to join. Foreman Bart Kemp warns that this may also cause a great deal of traffic nuisance due to tractors on the road.

“The farmers will come with their own means of transport, often tractors,” says Kemp. He advises people to travel by train or to work from home that day. At an earlier protest in July, farmers parked several hundred tractors on the Malieveld in the heart of The Hague.

According to Agractie, the actions should ensure that the government talks to farmers “about plans with support in the sector.” Kemp says, “We want to compromise, have made offers, but then nothing is done about it,” says Kemp.

Agractie expects members of other farmers’ organizations to also come to The Hague for the protest. The action group, which was created in 2019, also wants LTO and others to participate. Van der Tak said before the announcement that LTO is only in favor of appropriate actions, and not acts of aggression. The collective Farmers Defense Force and feed, dairy and meat companies have also been called upon to participate in the demonstration.