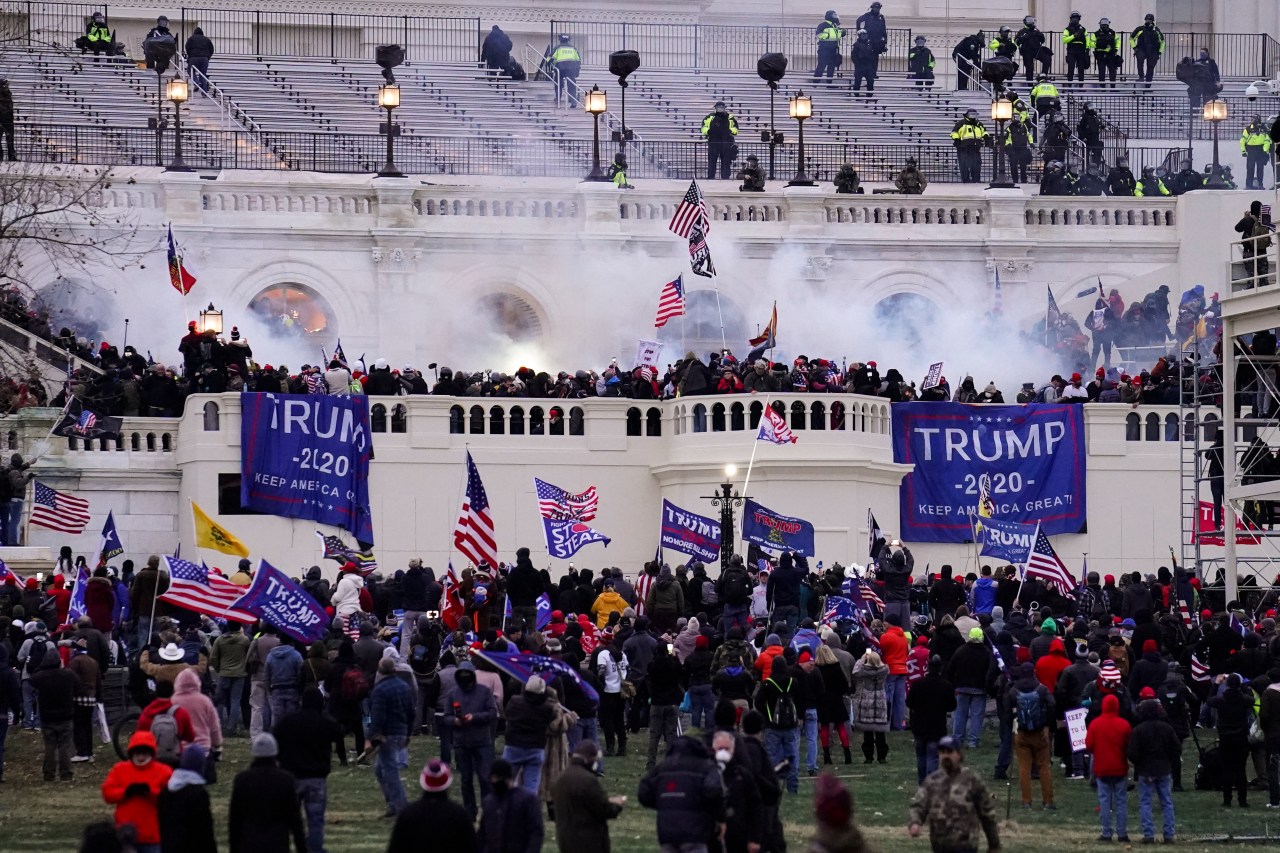 WASHINGTON (AP) — A former Virginia police officer who pleaded guilty to storming the U.S. Capitol with another off-duty officer testified on Thursday that he had hoped the mob could overturn the results of the 2020 presidential election that day.

Former Rocky Mount police officer Jacob Fracker, a key witness for federal prosecutors at the trial of former colleague Thomas Robertson, said he initially believed that he was merely trespassing when he entered the Capitol building.

However, Fracker ultimately pleaded guilty to a felony charge that he conspired with Robertson to obstruct Congress from certifying President Joe Biden’s electoral victory on Jan. 6, 2021. Fracker agreed to cooperate with federal authorities in their case against Robertson, whose jury trial started Tuesday.

Under cross-examination by one of Robertson’s lawyers, Fracker said he didn’t have a “verbal agreement” with anybody to obstruct the joint session of Congress. Fracker said he believed everybody in the mob “pretty much had the same goal” and didn’t need for it to be “said out loud.”

Fracker said he and Robertson both believed the 2020 presidential election had been stolen from former President Donald Trump. One of Robertson’s attorneys, Mark Rollins, asked Fracker if he believes he did anything worse than trespassing on Jan. 6.

“Sitting here today, yes. At the time, no,” Fracker replied.

Prosecutors plan to rest their case on Thursday afternoon. Jurors are expected to hear attorneys’ closing arguments on Friday before they begin deliberating.

During the trial’s opening statements, defense attorney Camille Wagner told jurors that Robertson only went into the Capitol because he wanted to retrieve Fracker, who entered the Capitol a few minutes before Robertson.

Wagner said Robertson, whom she called “T.J.,” knew that he had entered restricted areas of the Capitol where he wasn’t supposed to be on Jan. 6. But he isn’t accused of engaging in any violence or property destruction, she noted.

Fracker was scheduled to be tried alongside Robertson before he pleaded guilty last month. He described Robertson as his mentor and a father figure.

“I absolutely hate this,” Fracker testified on Wednesday. “I’ve always been on the other side of things, the good guys’ side so to speak.”

The town fired Robertson and Fracker after the riot. Prosecutors say Robertson paid Fracker more than $30,000 after they were arrested. Robertson first offered to give Fracker money on the day that they surrendered to authorities, according to a court filing accompanying Fracker’s guilty plea.

Fracker said Robertson also agreed to cover his legal fees, but he doesn’t believe Robertson was trying to “buy” his testimony with the $30,000 payment.

“He said it would cover a year’s salary for me,” Fracker said.

After the riot, Fracker bragged to friends on social media that he had urinated in House Speaker Nancy Pelosi’s bathroom. That was a lie that he made “for cool points,” Fracker said.

Robertson used a large wooden stick to impede police officers who were trying to hold off the mob, according to prosecutors. Police body camera video captured his interaction with police.

When a prosecutor asked Fracker why he didn’t do more to help police officers who were trying to hold back the mob, he said he thought they should have been “on our side” and marching with the rioters.

Robertson is charged with six counts, including obstruction of an official proceeding, civil disorder, entering and remaining in a restricted building while using a dangerous weapon and disorderly conduct in a Capitol building. Five of the counts relate to his actions on Jan. 6. The sixth stems from his alleged post-riot destruction of cellphones belonging to him and Fracker.

Robertson has been jailed since U.S. District Judge Christopher Cooper ruled in July that he violated the terms of his pretrial release by possessing firearms.

More than 770 people have been charged with federal crimes related to the riot. Over 240 of them have pleaded guilty, mostly to misdemeanors.

Robertson is the second Capitol riot defendant to have a jury trial. The first ended last month with a jury convicting a Texas man, Guy Reffitt, of all charges.

Two other Capitol riot defendants elected to have their cases tried without a jury and decided by the same federal judge. On Wednesday, U.S. District Judge Trevor McFadden acquitted a New Mexico man, Matthew Martin, of all four misdemeanor counts with which he was charged. Last month, McFadden convicted New Mexico elected official Couy Griffin of illegally entering restricted Capitol grounds but acquitted him of engaging in disorderly conduct.