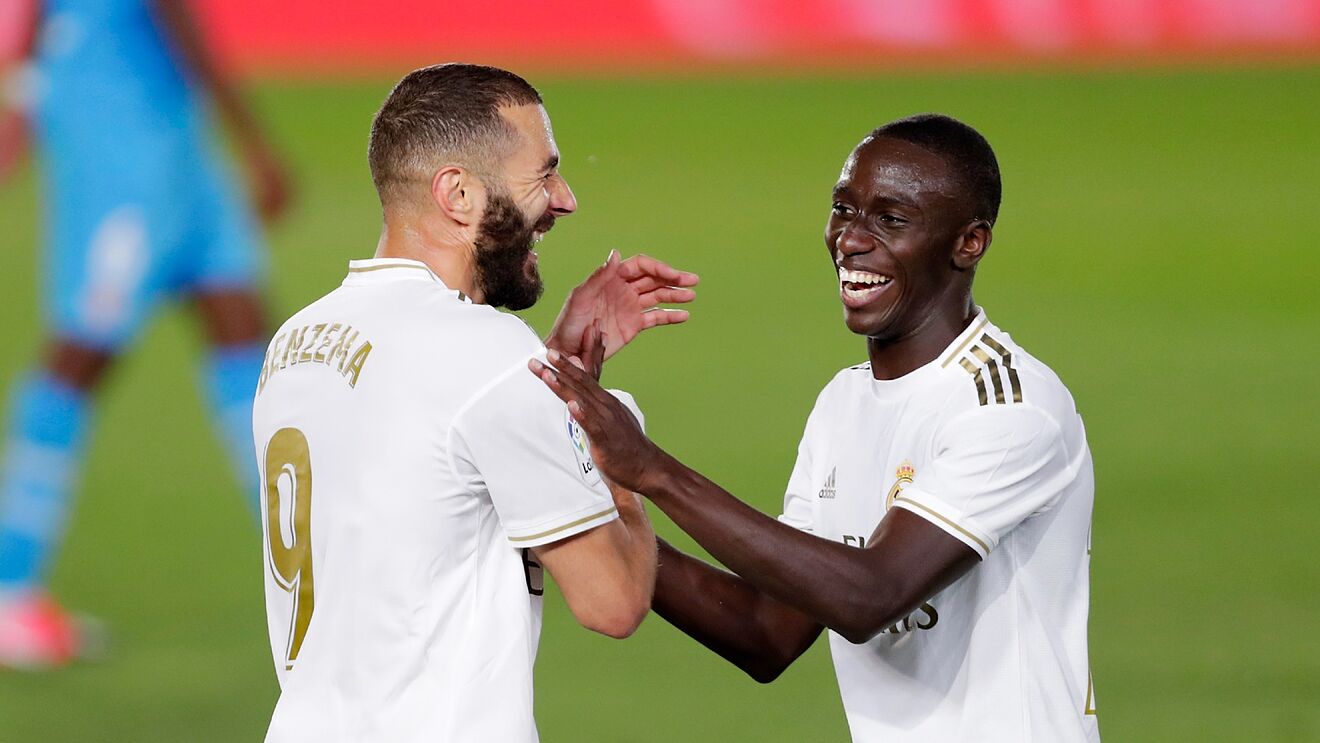 Real Madrid fans can breathe a sigh of relief in the knowledge that their biggest attacking threat has returned to the side.

Los Blancos released their line-up for their match with Celta Vigo on Saturday which confirmed the fitness of Karim Benzema and Ferland Mendy. Both had been suffering with muscle injuries that ruled them out of El Clasico before the international break, but appear to be fully fit once more.

He is back. Karim Benzema returns to the Real Madrid starting line-up after three weeks out. Ferland Mendy is also back.

Chacho Coudet opts against starting Santi Mina, but he does make the bench. pic.twitter.com/S7V4kk3GtD

The French forward has scored 32 goals for Real Madrid this season and his very presence is changes the outlook of his side on the pitch.

This will be a boost ahead of next week too when Real Madrid return to Champions League action against Chelsea.

Celta Vigo manager Chacho Coudet has decided not to field striker Santi Mina for the home side. Mina has missed training all week as he is currently on trial for sexual assault in Almeria.