The NRL have announced that both men’s and women’s under-19 State of Origin games will take place at Leichhardt Oval on Thursday, June 23.

Each side will be allowed to include two ‘marquee’ players in addition to the rest of their squad, which will consist of non-NRL contracted players.

That means that Queensland could select the likes of Sam Walker or Reece Walsh, while Joseph Suaalii and Will Penisini could suit up for the Blues. 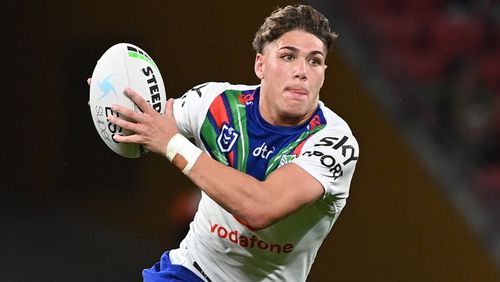 “This is a chance to see the best and brightest prospects in the game,” ARLC boss Peter V’landys said.

“Why wouldn’t we want to take the opportunity to showcase the talents of these amazing young players?

“This will be one of many new initiatives promoting the next generation of players to the fans.”

The games will take place the day before the sole women’s State of Origin match in Canberra on Friday night, with New Zealand playing Tonga in Auckland on Saturday while a double header at Campbelltown Stadium will see Samoa against the Cook Islands and Papua New Guinea against Fiji.

Game two of the men’s State of Origin series will be on Sunday night.

“The under-19s State of Origin – for both males and females – is an exciting opportunity for fans to see players coming through this new pathway event and to highlight where they have come from in order to reach this level,” NRL CEO Andrew Abdo said.