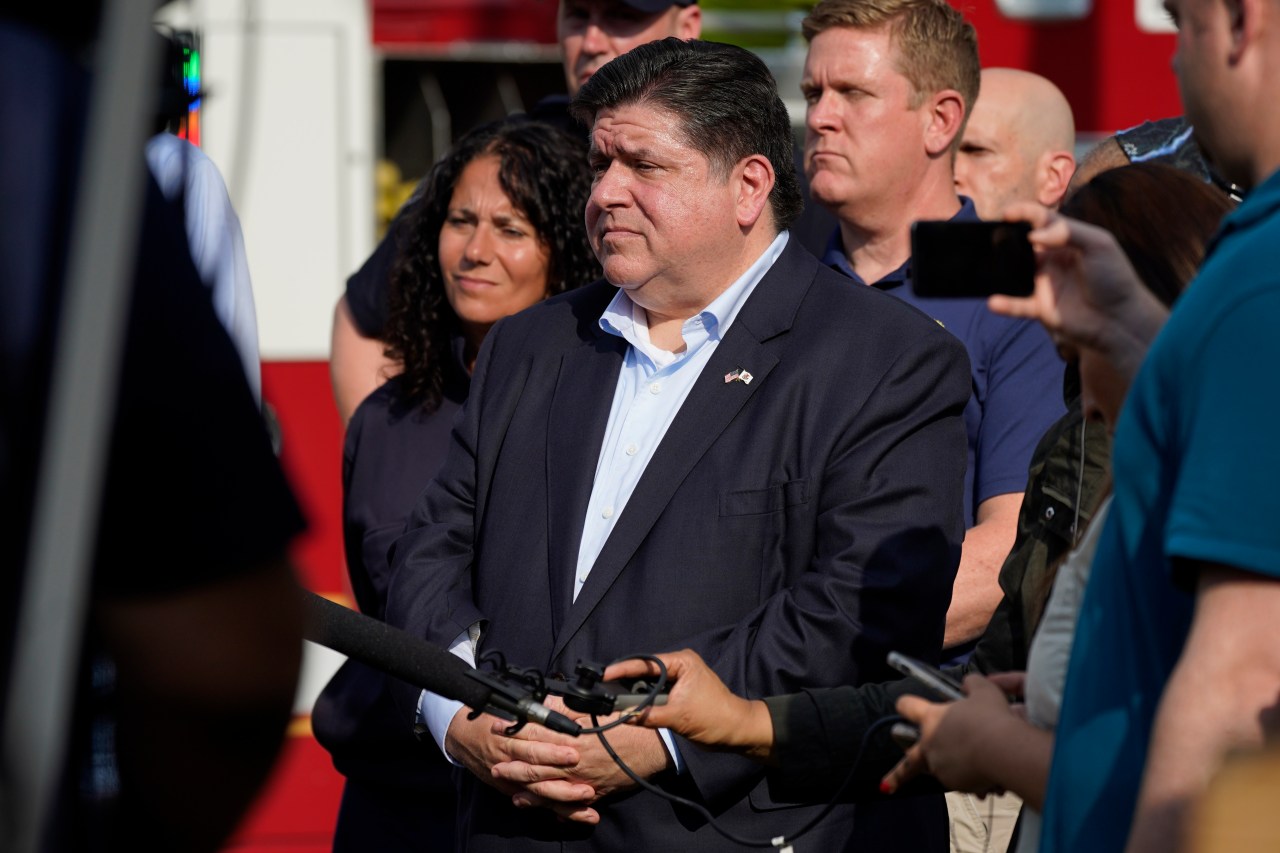 NEW YORK (AP) — Hours after a gunman killed seven people at a July 4th parade in suburban Chicago, Illinois Gov. J.B. Pritzker tapped into the frustration of many fellow Democrats at the seeming inability of the U.S. to curb gun violence.

But at the White House, President Joe Biden was more focused on reassurance than anger.

“I know it can be exhausting and unsettling,” he said, adding that “we’re going to get through all of this.”

In a summer marked by anger among Democrats over a string of mass shootings and the Supreme Court’s decision to strip women of the constitutional right to an abortion, several governors, including Pritzker, are emerging as the party’s leading voices of outrage. Their willingness to speak — and act — in aggressive terms stands in contrast to Biden, who is coming under growing criticism from some Democrats for lacking a sufficiently robust response to what some in his party see as existential threats.

Some Democrats warn that the lack of a strong response will be a problem if the party hopes to turn out enough voters to maintain their narrow grip on Congress in the fall midterm elections.

In this moment, governors may have tools that are more conducive to swift action than the president. Well positioned heading into the fall campaign and presiding over statehouses where Democrats are in control, Pritzker and Govs. Kathy Hochul of New York and Gavin Newsom of California have wide latitude.

In New York, for instance, Hochul was undeterred by a U.S. Supreme Court ruling that struck down a state law and allowed most people to carry a handgun for personal protection. She called a special session last week in which lawmakers passed new measures limiting where those licensed to have guns can carry them and toughening rules for obtaining the permits. The regulations include a novel requirement to screen applicants’ social media accounts for threats.

“They may think they can change our lives with the stroke of a pen, but we have pens too,” Hochul said defiantly of the Supreme Court’s gun ruling.

In Illinois, Pritzker has said he would convene a special legislative session in coming weeks, with support of Democratic legislative leaders, to “more firmly protect” abortion rights and address some of the challenges the state faces as one of the few places in the Midwest where abortion remains legal.

Abortion rights will be on the California ballot in November, after legislators with Newsom’s blessing agreed last month to place a proposal before voters that would guarantee a right to an abortion in the state constitution. The constitutional amendment is certain to drive turnout on both sides of the debate.

Newsom has been especially vocal in rallying against the repeal of abortion rights even before the Supreme Court ruled. When a draft Supreme Court opinion surfaced in May suggesting the conservative majority was poised to overturn Roe v. Wade, he delivered a withering critique of the national party, suggesting it was suffering from collective lethargy.

“Where is the Democratic Party?” he asked at the time, without naming anyone specifically but appearing to exclude Biden from criticism. “Why aren’t we standing up more firmly? More resolutely? Why aren’t we calling this out?”

With just a tenuous grip on Congress, however, Biden can’t move legislation quickly. And even criticizing Republicans could be politically dangerous if he needs their support on key votes.

“Forcefully calling out the other side isn’t a luxury he has if he wants to get anything done the rest of the year on anything,” said Democratic strategist Joe Trippi. “If you’re Gavin Newsom, whose votes are you going to lose in the state senate or California assembly?”

The White House insists Biden isn’t backing away from a fight. In a passionate prime-time speech last month, he lamented that gun violence had turned schools, supermarkets and other everyday places into “killing fields” and asked, “How much more carnage are we willing to accept?”

Shortly after the Supreme Court’s abortion ruling, Biden called the decision the “realization of an extreme ideology and a tragic error.” He’s expected to deliver remarks on Friday about “protecting access to reproductive health care services,” according to the White House.

White House press secretary Karine Jean-Pierre said Thursday that “you will hear more from him” on issues including abortion as she underscored the administration’s central message that winning the midterms is the best path forward.

“The president has been very clear that he’s going to do everything he can, that he has the legal authority to do, from here in the executive side,” she said. “But we believe and he believes that the way that Roe goes into law or gets codified is if Congress acts. … And so we have to continue to use our political capital, if you will, to fight as hard as we can. And to make sure we do the work that we need to have pro-choice congressional members.”

Under increasing pressure, Biden will take executive action Friday to protect access to abortion, three people familiar with the situation said. They spoke anonymously to discuss his plans before they were announced.

Still, Biden is turning to governors. He convened a virtual roundtable last Friday with Pritzker, Hochul and seven other Democratic governors to discuss what steps were being taken in their states to protect abortion rights.

Biden reiterated that his administration will protect the rights of women to travel to other states for abortion services and ensure that abortion medication is available as widely as possible. But he acknowledged he didn’t have votes in the U.S. Senate for more sweeping actions and laid out the stakes for November’s elections and the need to increase Democrats’ majorities.

“In the meantime, I want to hear what the governors are doing,” he said.

With their reelections essentially secure, the aggressive action from some of the governors is sparking speculation about potential future presidential campaigns.

Pritzker, a billionaire businessman seeking his second term, raised chatter about a possible presidential bid when he spoke last month at the state Democratic party convention in New Hampshire, one of the early presidential nominating states. He has said he is focused on his job as governor and his reelection bid.

Newsom drew even more attention by running a television ad on Independence Day in Florida that was critical of Republican Gov. Ron DeSantis, a potential 2024 presidential candidate. In the ad, which features images of DeSantis and former President Donald Trump, Newsom warns viewers that “freedom is under attack in your state.”

“I urge all of you living in Florida to join the fight. Or join us in California, where we still believe in freedom — freedom of speech, freedom to choose, freedom from hate and the freedom to love,” Newsom said.