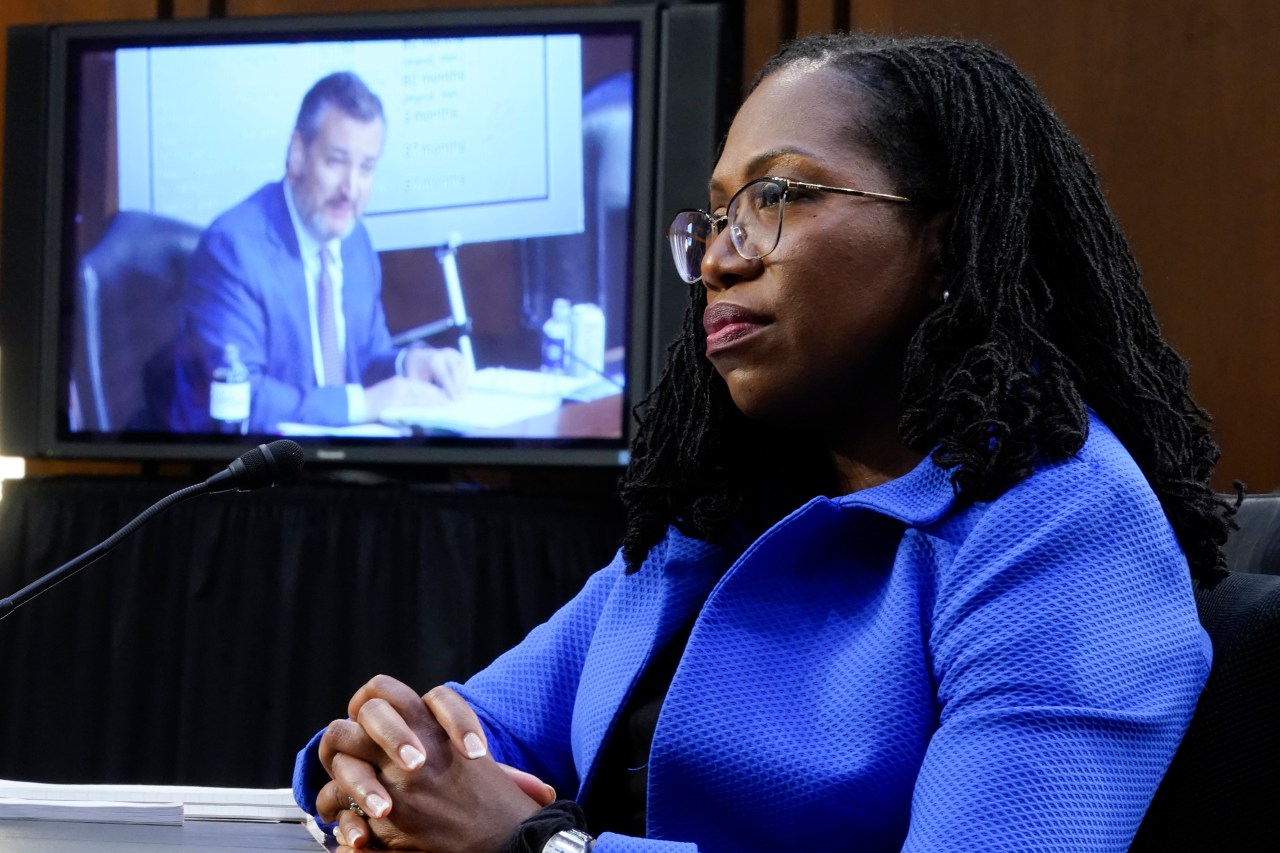 WASHINGTON (AP) — Judge Ketanji Brown Jackson said Wednesday that if confirmed to the Supreme Court she’d sit out an affirmative action lawsuit over Harvard’s admission policies because she is a member of the school’s board.

But the court has a potential workaround that could still allow Jackson, the first Black woman nominated to the Supreme Court, to play a role in the court’s consideration of a dispute that could lead to the end of the use of race in college admissions.

Still, her vote is not expected to be pivotal on a court with a 6-3 conservative majority that is skeptical of the role of race in education, voting and other areas.

The court announced in January it would hear the affirmative action case, which involves Harvard, which is private, and the University of North Carolina, which is public. But with their calendar already full for this term, the justices said the case wouldn’t be argued until some time after the court begins its new term in October. A decision in the case would be expected before June 2023.

Because Justice Stephen Breyer, whom Jackson has been nominated to replace, intends to retire when the court begins its summer recess, she would be on the court in time to hear the case.

The issue is not that Jackson attended Harvard both as an undergraduate and for law school but that she now sits on the school’s Board of Overseers, which is made up of alumni and is one of Harvard’s two governing bodies. She was asked during the second day of questioning at her confirmation hearingby Republican Sen. Ted Cruz of Texas whether she intended to recuse herself from the case.

“That is my plan, senator,” said Jackson, who has been on the board since 2016 and whose six-year term ends this year. Cruz himself went to Princeton and attended Harvard law school at the same time as Jackson.

Still, just because Jackson intends to recuse herself from the Harvard case does not mean she couldn’t be part of a major affirmative action decision. Right now the Harvard and North Carolina cases are linked. The court could separate the two cases, giving Jackson the chance to take part in the arguments and the decision in the North Carolina case while sitting out the one from Harvard.

Something similar happened in 2020, when Justice Sonia Sotomayor discovered a conflict in a dispute from two states over presidential electors. The court abandoned plans to hear them together and eventuallyissued its major decision in the case in which all the justices participated.

Federal law requires all judges to recuse from cases in which they have a financial interest, took part in the case at an earlier stage or have a close relative as a party.

Both the question of recusing from certain cases and questions about affirmative action are common topics at Supreme Court confirmation hearings. Affirmative action has been a standard topic particularly after a 2003 Supreme Court decision that predicted affirmative action wouldn’t be necessary in 25 years. The high court has taken up affirmative action cases since then but left the earlier case standing. Since then, however, the court has grown more conservative with the addition of three justices appointed by President Donald Trump, and it appears more likely there are the votes to overrule the 2003 case.