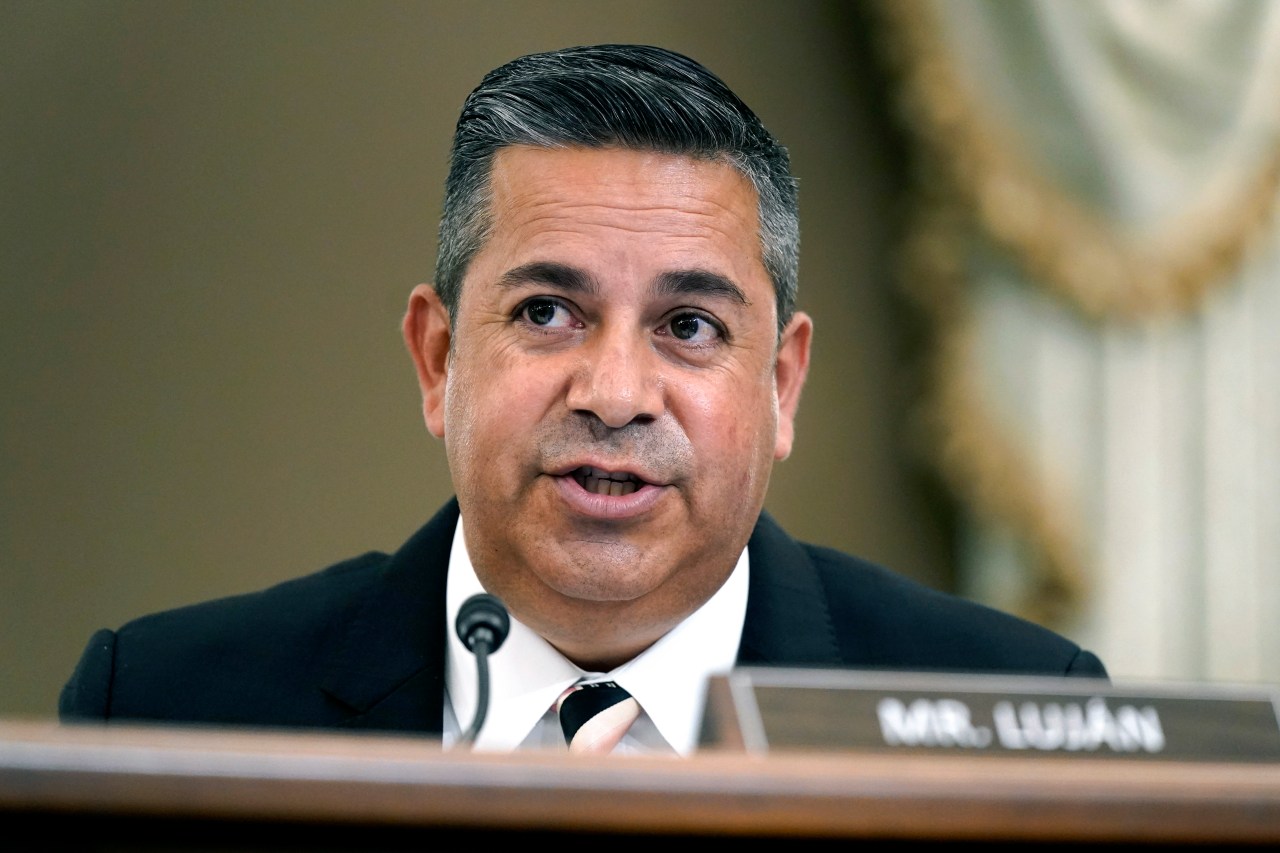 WASHINGTON (AP) — More than 600 sitting senators have died or resigned from office since the first Congress met in 1789. That doesn’t mean another will happen soon, but it does underline the precarious position that President Joe Biden and Democrats’ reed-thin Senate majority are in following Democratic Sen. Ben Ray Luján’s stroke.

Luján, 49, should recover and return to the Capitol in four weeks to six weeks, barring setbacks, Democrats say. If that happens, Luján’s absencecould have limited impact on his party’s priorities, including Biden’s pending nomination to fill a Supreme Court vacancy.

If the New Mexico senator’s recuperation takes longer or he has setbacks, Democrats’ agenda would confront serious problems. And with Vice President Kamala Harris’ tiebreaking vote all that gives them the 50-50 Senate’s majority, each day presents a small chance that Democrats could abruptly lose control if something happens to any of their senators.

According to Senate records, 301 sitting senators have died, most recently Sen. John McCain, R-Ariz., in 2018. An additional 326 have resigned; the last was Sen. Johnny Isakson, R-Ga., who stepped down in ill health in 2019 and died two years later. The figures exclude senators who quit near the end of their terms, often to let a successor gain seniority in the chamber.

That means that of the 1,994 people who have served as senators over the chamber’s 233 years, about 3 in 10 have died in office or quit. That’s an average of 2.7 deaths and resignations annually.

Those events can come in spurts. Fifteen senators from Confederate states resigned because of the Civil War. Seven died in 1918 at the height of the Spanish flu, the most ever in one year, though all their deaths were attributed to other causes, according to Eric Ostermeier, a political research fellow at the University of Minnesota.

Life expectancy is longer today, and so far this century just seven senators have died in office, while 18 more have resigned to hold other offices or for health or personal issues — a combined average of a bit over one annually.

Seventeen Democrats and the two independents who align with them — Bernie Sanders of Vermont and Angus King of Maine — are age 70 or older. That includes Colorado Sen. John Hickenlooper, who turns 70 on Monday. Sen. Dianne Feinstein, D-Calif., is the chamber’s oldest member at 88.

The party has weathered at least two other recent health scares. Sen. Patrick Leahy, D-Vt., 81, went to a hospital and was released within hours last year after not feeling well. Sen. Amy Klobuchar, D-Minn., 61, announced in September that she had been treated for breast cancer.

SHOULD A DEMOCRAT DIE OR LEAVE OFFICE …

… things could get dicey.

Most Democratic senators’ states have Democratic governors, who are all but certain to appoint Democrats should vacancies occur. Those include Gov. Michelle Lujan Grisham, D-N.M.

But currently, 16 Democratic senators plus Sanders, the Vermont independent, represent nine states with Republican governors. In seven of them, the governor can name whomever he or she would like as a replacement.

Of the remaining two states in this group, Arizona and Maryland — with two Democratic senators apiece — require their GOP governor to appoint a replacement from the departed incumbent’s party. In addition, Gov. Phil Scott, R-Vt., has said he would replace Leahy with a Democrat or Sanders with a Democratic-leaning independent.

WHY EVERY VOTE, AND DAY, MATTERS

Republicans could capture House and Senate control in November’s elections. That sound you hear is the dwindling days of 2022, when Democrats control the White House and Congress. The party wants accomplishments now — and definitely before autumn, when campaigning will be the priority and bipartisan cooperation will be nil.

In Luján’s absence, Democrats still run the Senate but have lost their ability to muscle bills and nominations through the chamber by themselves. Any controversial legislation or nomination unanimously opposed by Republicans would lose 50-49, and worse if any Democrats defected.

Luckily for Democrats, some top items on the near-term agenda will need bipartisan agreement to reach the 60 votes that legislation usually requires. Such compromises, once reached, usually attract well over 60 votes, meaning Luján’s absence might not matter.

One such effort is aimed at preventing a Feb. 18 government shutdown and financing federal agencies through September. Another would strengthen American research and manufacturing. A third would revamp how Congress certifies electoral votes in presidential elections, following former President Donald Trump’s effort to undermine that normally routine ceremony on Jan. 6, 2021, amid his false claims that his reelection defeat was fraudulent.

Bipartisan talks are underway on each of those bills.

BOLDER GOALS WILL HAVE TO WAIT

Two top Democratic priorities that will likely encounter strong Republican opposition, but will need just 50 votes to pass, probably will not be ready for Senate votes for a while. That could give Luján time to return.

One is Biden’s Supreme Court selection. The president has said he will pick a Black woman; Democrats hope several Republicans will support the nominee.

Biden has said he will announce his choice this month. The Senate would likely take weeks for hearings and votes. A spokesperson for Senate Majority Leader Chuck Schumer, D-N.Y., said last week that Luján’s absence was not expected to affect the schedule.

Many Democrats, wary of risking that nomination should they suddenly lose the majority, want faster action.

“Anything they can do to speed up the process would be good,” said Adam Jentleson, a progressive strategist and former top Senate aide.

The other key goal is their long-delayed, roughly $2 trillion social and environment bill. It will take weeks of negotiations at best for them to revive that effort by reaching compromise with holdout Sens. Joe Manchin, D-W.Va., and Kyrsten Sinema, D-Ariz.

Its prospects are uncertain, with or without Luján.