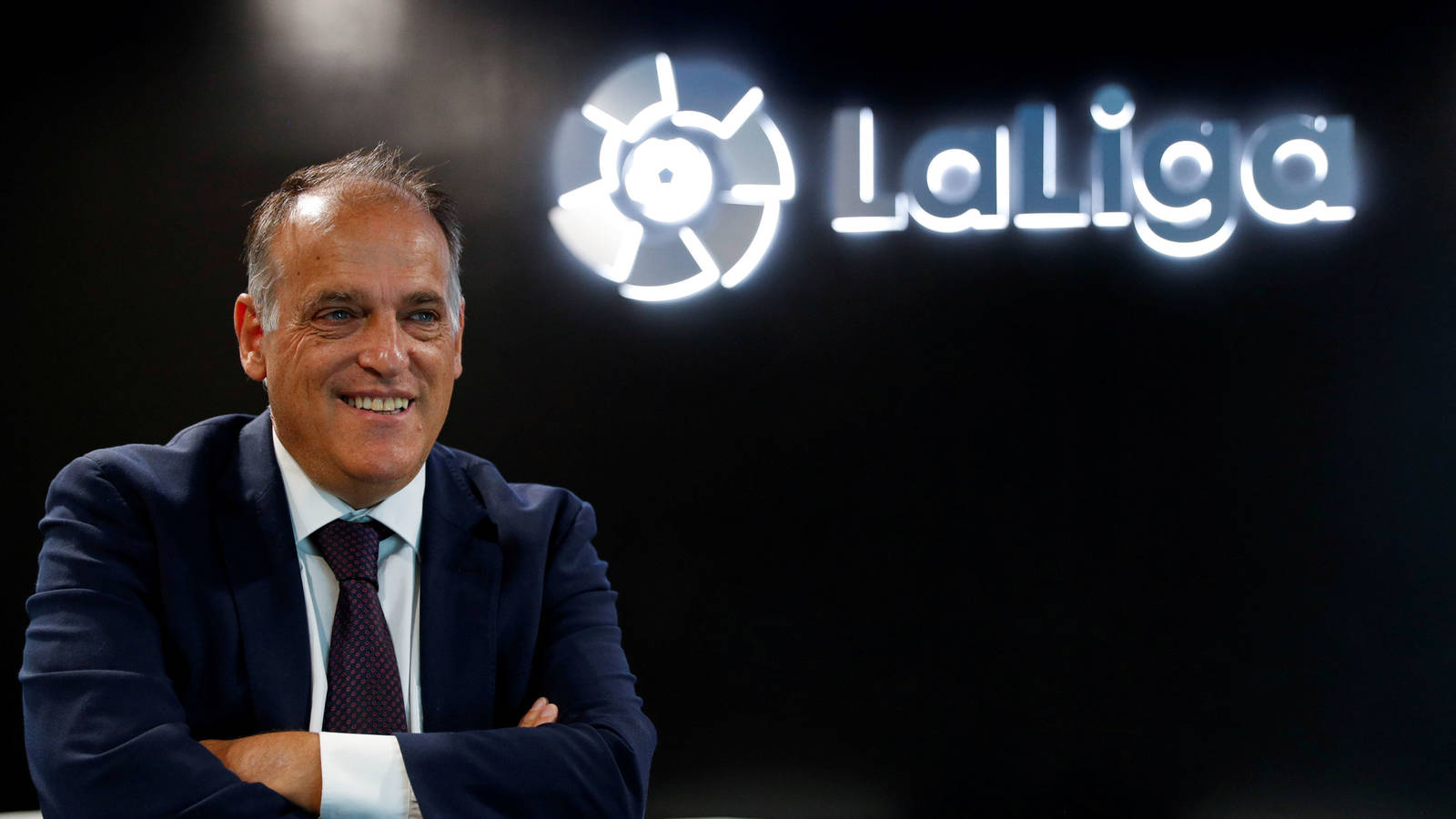 Speculation over where Mbappe will be playing next season has dominated transfer speculation surrounding both clubs in 2022.

Mbappe’s deal in Paris expires in June and the Les Bleus attacker set to update his future choice on Sunday.

The story has supporters of both clubs waiting with baited breath after Mbappe’s mother has claimed her son has an agreement in place with PSG and Real Madrid.

Kylian Mbappé’s mother Fayza: “We have an agreement with both Real Madrid and Paris Saint-Germain. Kylian will now decide”, she told @KoraPlusEG. 🚨⭐️ #Mbappé

“The two offers from PSG and Real Madrid are almost identical. It’s up to Kylian now, he will make a decision”. pic.twitter.com/ad1MZ1JhxU

However, despite the tension on Mbappe’s next move, Tebas offered a calm response when questioned over how he thought the situation would be resolved.

“I think he will be at Real Madrid, but one day he’s in the white of Madrid, and another, the black of PSG”, as per reports from Marca.

“He changes his mind, but I think he will join Madrid.

“There are always twists and turns.

“But the feeling I have, is that if he wanted to renew, he would have done so, but I could be wrong.”

Tebas’ comments will offer Real Madrid fans a boost in their confidence over a deal for the 23-year-old hotshot amid reports PSG have offered him a world record renewal.

Los Blancos wrapped up their domestic campaign with a draw at home to Real Betis in Friday night action as they gear up for the Champions League final against Liverpool on May 28.