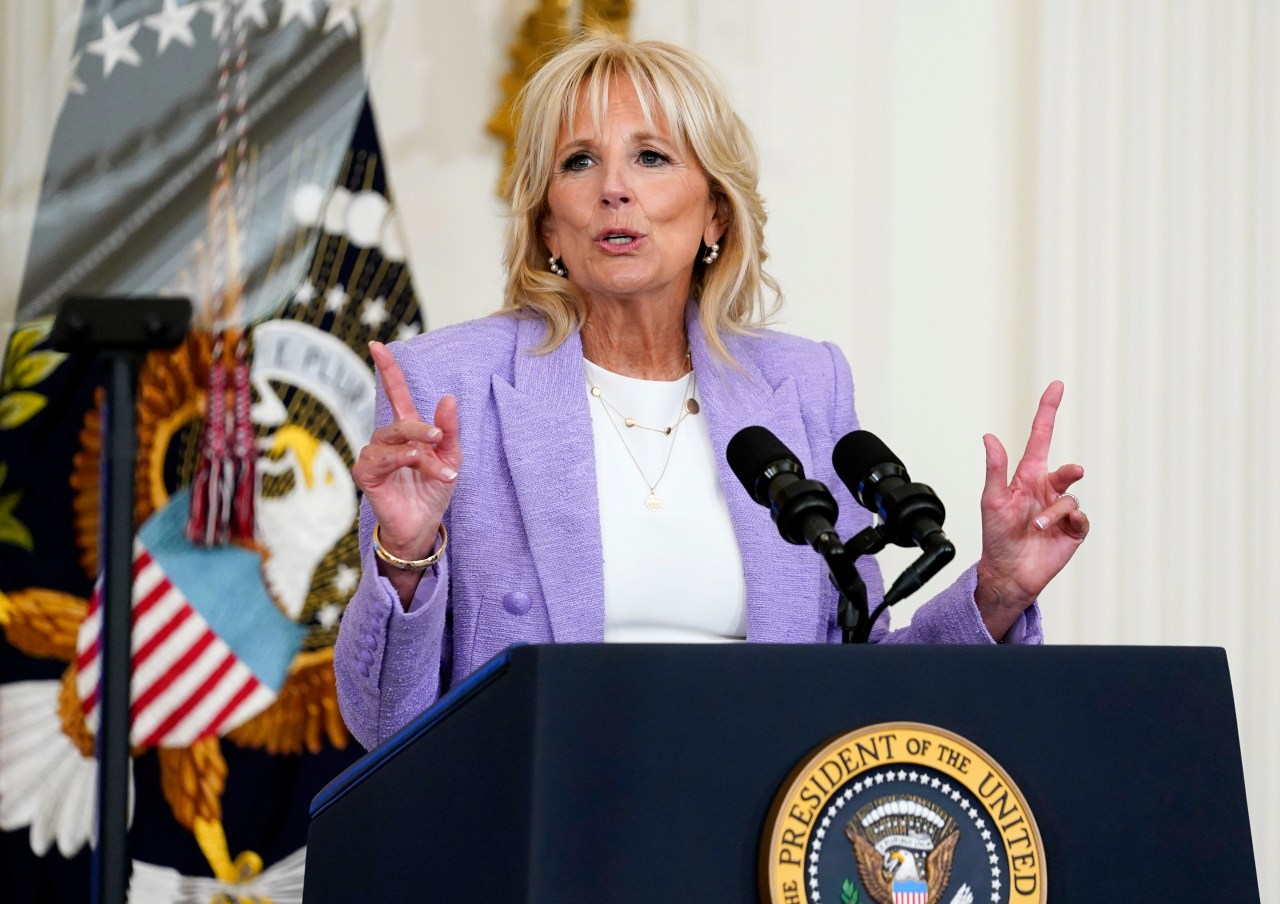 The May 8 meeting will take place in Slovakia, one of two eastern European countries the first lady plans to visit during a five-day trip that starts Thursday. She also will be stopping in Romania.

The trip will mark Biden’s latest show of solidarity with Ukraine.

Nearly 5.5 million Ukrainians, mostly women and children, have fled Ukraine since Russia invaded its smaller neighbor on Feb. 24, according to the U.N. High Commissioner for Refugees. Many have resettled in neighboring countries or relocated elsewhere in Europe.

After arriving in Romania on Friday, she is scheduled to meet with U.S. service members at Mihail Kogalniceau Air Base, a U.S. military installation near the Black Sea.

The schedule then takes her to the Romanian capital of Bucharest on Saturday to meet with government officials, U.S. Embassy staff, humanitarian aid workers and educators who are helping teach displaced Ukrainian children. The first lady will travel to Slovakia to meet with staff at the U.S. Embassy in Bratislava.

On May 8, Jill Biden will travel to Kosice and Vysne Nemecke in Slovakia to meet with refugees, humanitarian aid workers, and local Slovakians who are supporting Ukrainian families who have sought refuge in Slovakia.

She plans to meet with members of Slovakia’s government on May 9 before returning to the United States.

The trip will be the first lady’s second overseas by herself, following her journey to Tokyo last year for the opening of the delayed 2020 Olympic Games. The trip also will mark her latest gesture of solidarity with Ukraine.

She also invited Ukraine’s ambassador to the United States, Oksana Markarova,to sit with her during President Joe Biden’s State of the Union address in March, and had a sunflower sewn into the sleeve of the blue dress she wore for the occasion.

President Biden visited with Ukrainian refugees during a stop in Poland in March.