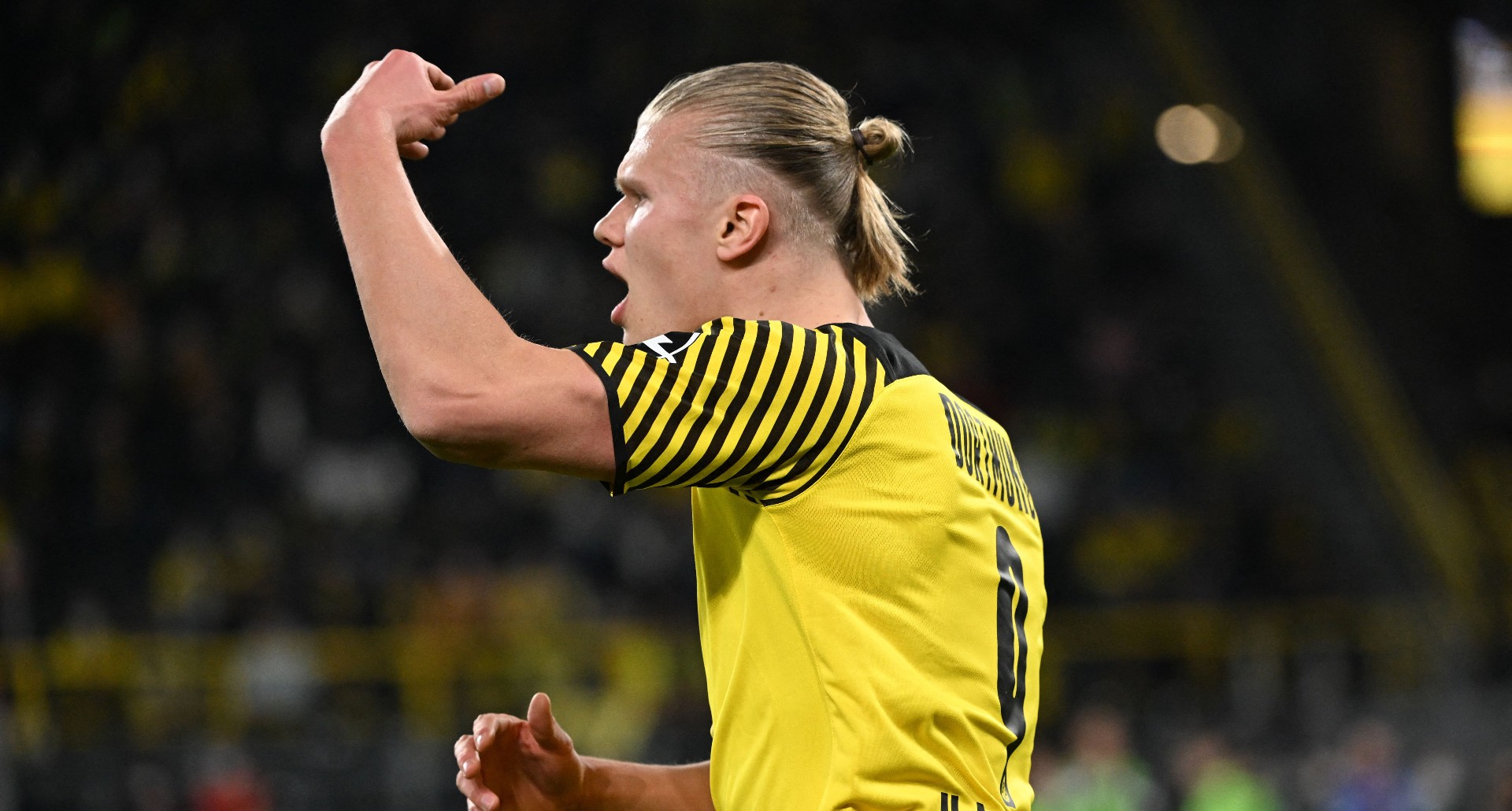 Barcelona club president Joan Laporta has issued a message of caution over their reported interest in Erling Haaland.

La Blaugrana are one of a string of clubs from across Europe interested in a potential summer move for the Borussia Dortmund goal machine.

Haaland has hinted at his intention to leave Signal Iduna Park before the start of the 2022/23 campaign but the Bundesliga giants are under no pressure to sell their star asset.

The Norwegian international has a rumoured €75m release clause in his contract in Dortmund but that may only be the start of a bidding war for the 21-year-old.

Laporta insisted Barcelona are monitoring the situation but stated they would not endanger their fragile financial situation to seal a move.

“We are reinforcing the squad for next season”, as per reports from Mundo Deportivo.

“I understand people are excited, but these operations are difficult, and should be done within the best economic situation.

“We must apply relevant criteria and a certain rationale to the world of football transfers.

“We will be involved in everything, but we will not do anything  that puts the club, or its finances, at risk.”

Premier League champions Manchester City are rumoured to be the current frontrunners to secure a deal for Haaland with the current edge over their rivals.