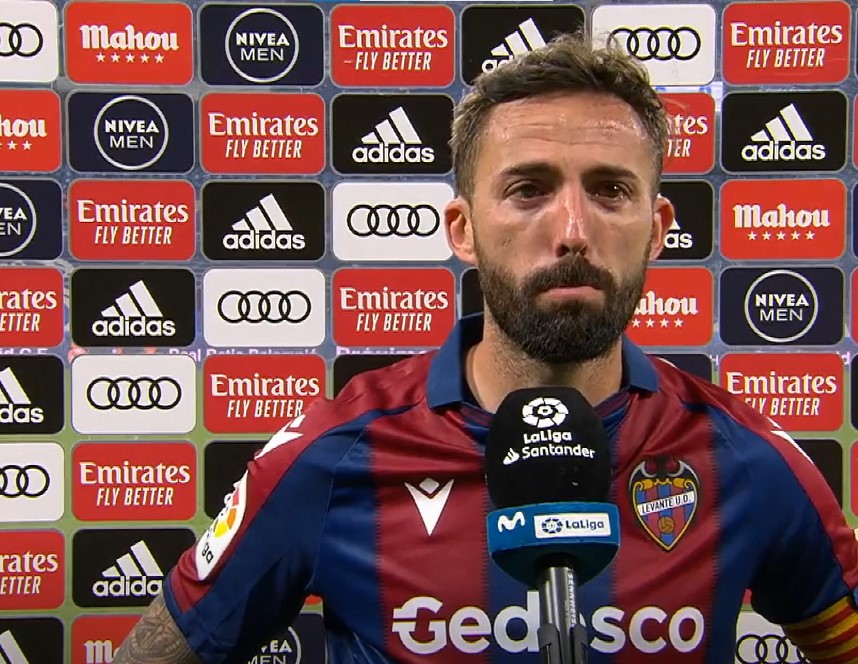 After five years in La Liga, Levante exited the top division with a whimper. Los Granotas knew that they had to secure at least a point to stay alive, but a 6-0 defeat to Real Madrid on Thursday night condemned them to Segunda.

Several Levante players carried heavy expressions at the end of the match and a few succumbed to tears. One of those was their captain Jose Luis Morales.

He spoke to Movistar+ after the match and was just about able to get his feelings out in the open.

“We haven’t been at the required level this season. We have to thank the fans because they have been with us wherever we have been. We have to ask for their forgiveness.”

“It’s very hard for everyone, for them [the fans], for our families… Next year we hope to return Levante to where its fans deserve to be, which is in Primera.”

The interview was carried by Mundo Deportivo, in which Ricardo Rosety asked whether it was a feeling more of pain or powerlessness that Morales was experiencing.

“The guilty one are the players, we are the ones that play, the ones that went 27 games in a row without winning, the ones that reacted late. It’s time to reflect and we hope that there is a project to get back to the top division.”

During the interview Vinicius Junior interrupted to give Morales a hug. There’s no doubt that Morales will be feeling this relegation as much as anyone. At 34, Morales has become a cult hero at Levante and the face of a much-loved La Liga side.