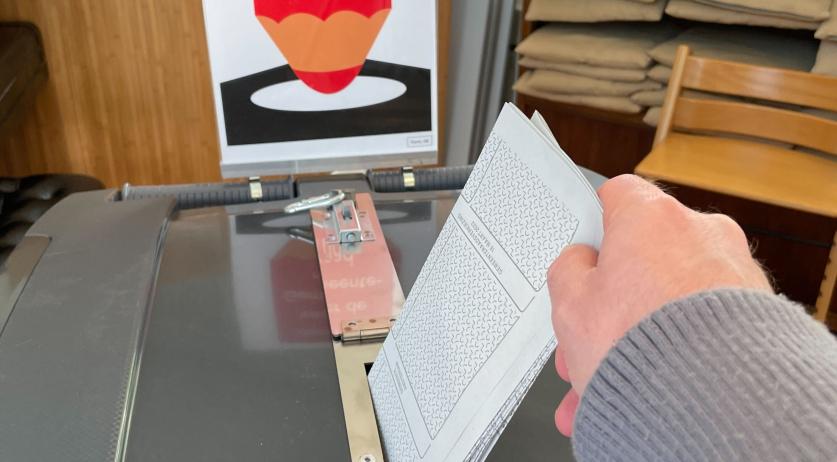 The turnout for the 2022 municipal elections stands at 50.3 percent, with all the votes of 327 municipalities counted. That is 98.5 percent of the votes counted, according to ANP’s Election Service. In the previous municipal elections in 2018, 54.1 percent of eligible voters voted. It is too early to say why the turnout was lower this year, Minister Hanke Bruins Slot of Home Affairs said. “For us, it is essential in the analysis to look at: what are the causes of the low turnout.”

Relatively speaking, the fewest people went to the polls in Rotterdam at 38,9 percent turnout. Roosendaal (Noord-Brabant), Almere, and Tilburg also got less than 40 percent turnout. The highest turnouts were on Schiermonnikoog (80.2 percent), Rozendaal (80.0), Staphorst (75.4), and Urk (75.2).

Minister Bruins Slot said she hopes to get a “better picture” of the turnout throughout the country. She said it is not yet clear whether “local circumstances or national matters” were at play.

Fewer blank votes and invalid votes were cast this year. Blank ballots decreased by 35 percent and invalid votes by 39 percent. Some people cast a blank vote to indicate that they do not consider any candidate suitable. Blank and invalid ballots count for determining the turnout, but not the election results.

Due to the coronavirus, the elections were spread out over several days. “The picture so far is that the elections have gone well, at least in many places,” said Bruins Slot. Due to Covid-19, many municipalities “had to make quite a lot of effort in the last phase to ensure that there were enough volunteers at the polling stations.”

Man volunteers called in sick with the coronavirus. According to Bruins Slot, it is “special to see how municipalities managed” to get things together. She also called it “amazing” that tens of thousands of volunteers staffed polling stations over the past few days to ensure that everyone could vote.