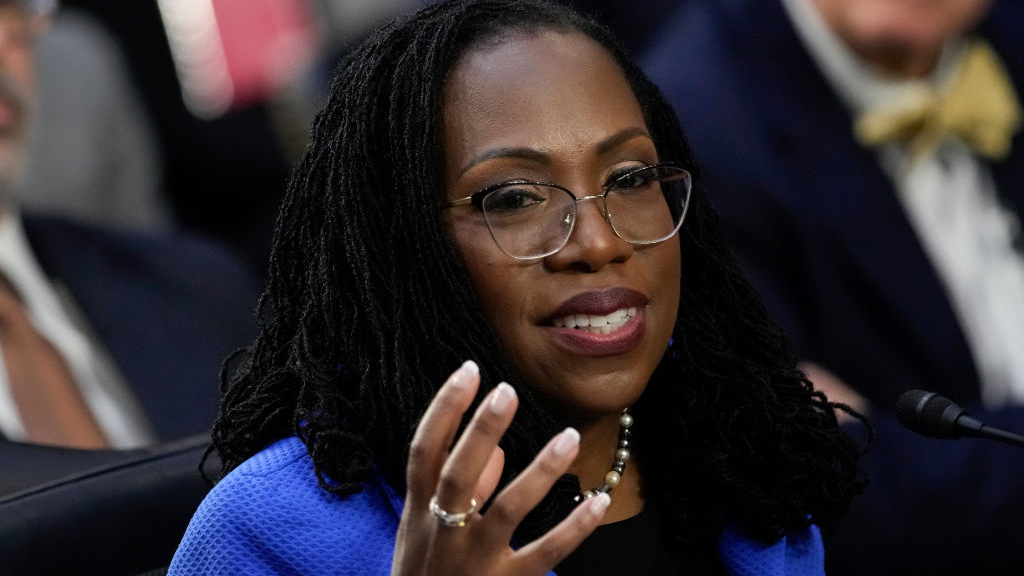 (The Hill) – Ketanji Brown Jackson will be sworn-in Thursday to formally become a Supreme Court justice, officially making her the nation’s first Black woman to serve in the role.

The ceremony will be livestreamed on the Supreme Court’s website.

Jackson is expected to join Justices Sonia Sotomayor and Elena Kagan in forming a three-member liberal minority on the court, a role previously filled by Breyer, for whom Jackson once clerked.

At 51, Jackson’s replacement of Breyer adds youth and diversity, and on certain issues a likely more liberal approach than Breyer, known for his judicial modesty and pragmatism.

Although Jackson’s addition does not fundamentally change the ideological balance on the 6-3 conservative-majority court, her unique voice and background, including her service as a public defender, could make her an inspiring and forceful presence on the bench, court watchers say.

She joins a court at the conclusion of a tumultuous term that will be remembered for the 6-3 decision last week that overturned Roe v. Wade along ideological lines, ending the nearly 50-year federal right to abortion.

For Jackson, her nomination culminates a meteoric rise through the federal judiciary following less than two years on the D.C. Circuit Court after spending eight years as a federal district judge in D.C.

Progressives touted other items on her resume, including her tenure as the vice chair of the U.S. Sentencing Commission during Barack Obama’s presidency and the two years she spent as a federal public defender in D.C.