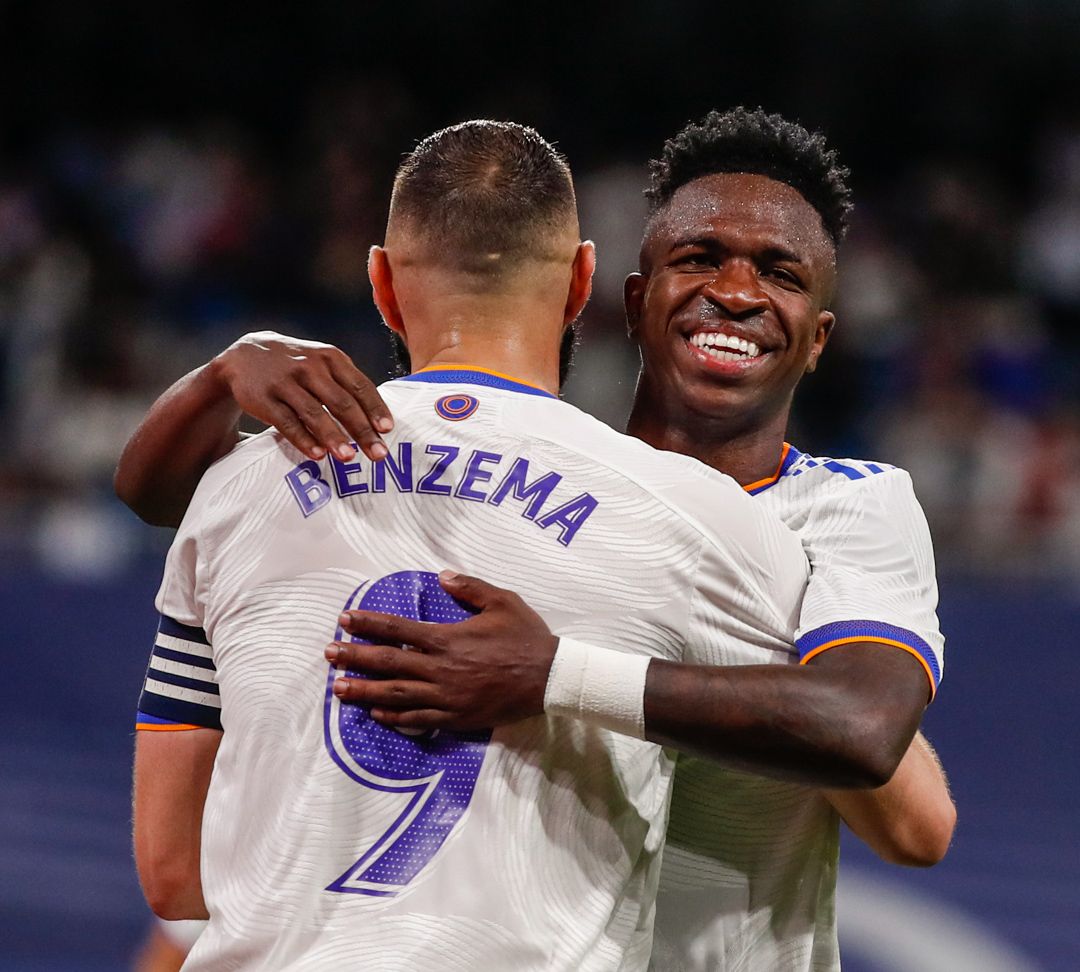 The visitors were bottom of the table and knew that they needed to pick up at least a point to avoid been consigned to the Segunda, but Real Madrid put all of the remaining nails in their coffin.

Real Madrid are still celebrating their successes and were playing sumptuous football for most of the match, aided by a lackadaisical defence in front of them.

Ferland Mendy started the highlight reel after being sent through by a beautiful Luka Modric assist starting in his own half. Vinicius then crossed 6 minutes later for Karim Benzema to nod in at the back post. That takes the Frenchman level with Raul Gonzalez on 323 Real Madrid goals and adding another milestone to his own delectable season.

Modric would have another assist as he and Rodrygo lazily jogged through the Levante defence with a one-two, ending in a goal for the Brazilian. He wouldn’t have to wait long for his third, slipping Vinicius through on goal, who slipped the ball inside the far corner.

The second half had the feel of a procession and was brightened by moments of brilliance from the players in white. Modric was again involved as he let Benzema one-on-one with the ‘keeper again. This time Benzema employed a repertoire of footwork worthy of a dancefloor, before squaring for a Vinicius tap-in.

The final goal would complete not only the rout but Vinicius’ hat-trick, a first for him. Toni Kroos had given him the ball, before Vinicius went past a defender with ease and rolled the ball past Dani Cardenas in the Levante goal.

It was pure galactico football from Real Madrid, the sort of free-flowing affair that reminds of the Harlem Globetrotters. Of course, in order to create that spectacle, you need a willing victim.

It’s said that you have to suffer to get results these days but on the whole, there was a lot more suffering than there were results for Levante this season. Tears coated the faces of their players at the whistle and it was a thoroughly upsetting ending to their five-year stint in La Liga.