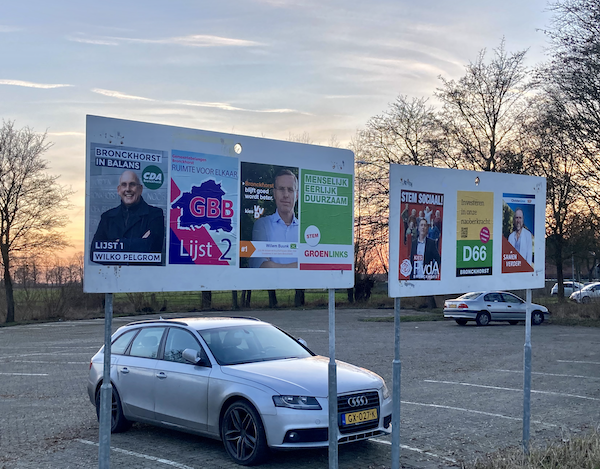 Two months after the local elections, just over a third of local authorities have a new coalition, according to research by broadcaster NOS.

In total, elections were held in 333 local council areas but so far just 130 have new coalitions and policy makers in place. In 2018, 233 councils had worked out new coalitions two months after the vote, and four years before that, all but 12 had done so, NOS said.

The research showed small and medium-sized local authority areas are most likely to have worked out new coalitions, with Apeldoorn and Venlo among the biggest to have done so.

Seven of the 130 council administrations completed so far will be made up entirely of local parties, while in two areas, a local party has an absolute majority of council seats.

In Nunspeet all five parties which won seats are working for form a coalition, which means there will be no opposition at all.

The Hague is proving the most problematic of the big cities. After two rounds of negotiations, seven parties are still at the table and most of the main parties have said they would not work with Hart voor Den Haag, which won nine seats in the March local elections.

In Amsterdam, the PvdA, GroenLinks and D66 are still in talks on forming a new administration.