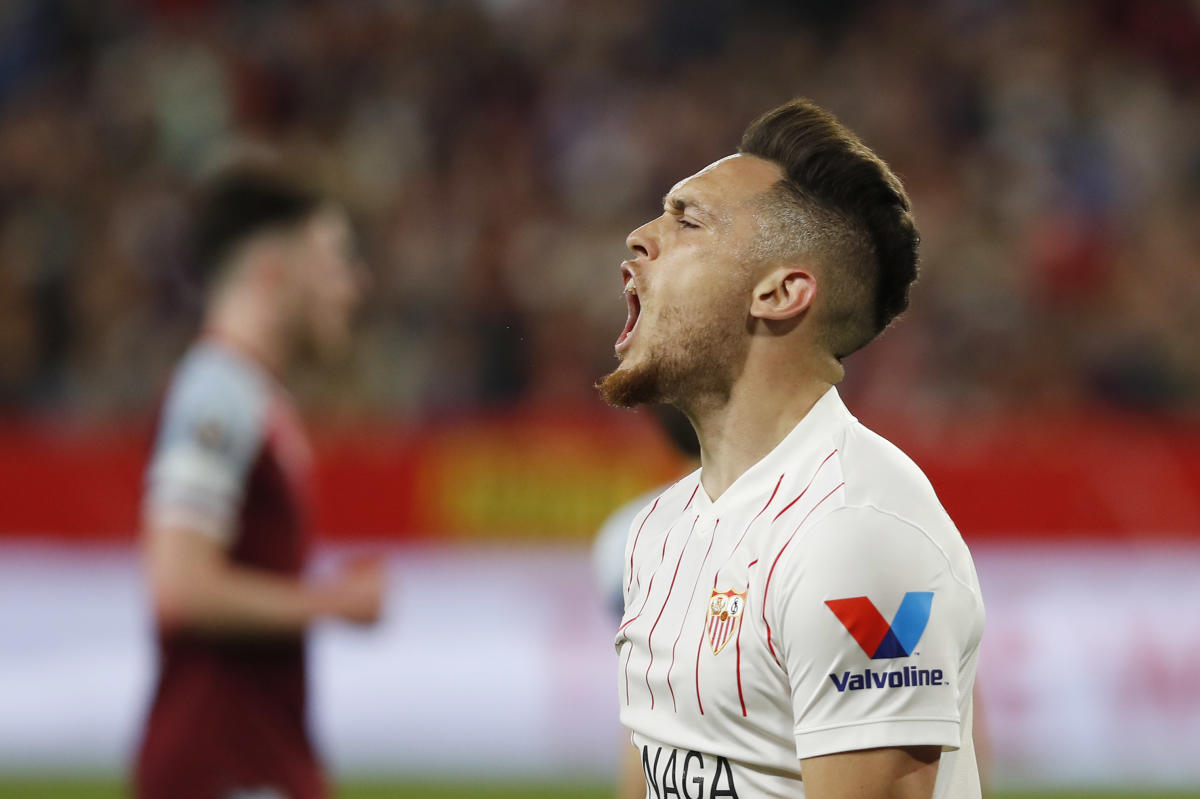 Lucas Ocampos’ future is up in the air according to Marca.

The Argentine renewed his contract with Sevilla until the summer of 2025 back in March but since then his prominence has dropped off at the Sanchez-Pizjuan.

Sevilla are in the midst of a summer of change. Diego Carlos has already been sold to Aston Villa and Alejandro Pozo’s transfer to Almeria has also brought in some cash. Jules Kounde is expected to also leave in a big-money deal sooner rather than later.

The Andalusian club would also consider selling Ocampos should the right offer come in.

They have his position, wide right, well covered. Erik Lamela and Tecatito Corona are both important players for Julen Lopetegui. Ocampos has, however, posted a message on social media saying that he looks forward to seeing Sevilla supporters again next season.

Ocampos has played the same number of games for the Andalusian outfit as he has for his previous club, Marseille. He has contributed 34 goals and 15 assists for Sevilla.