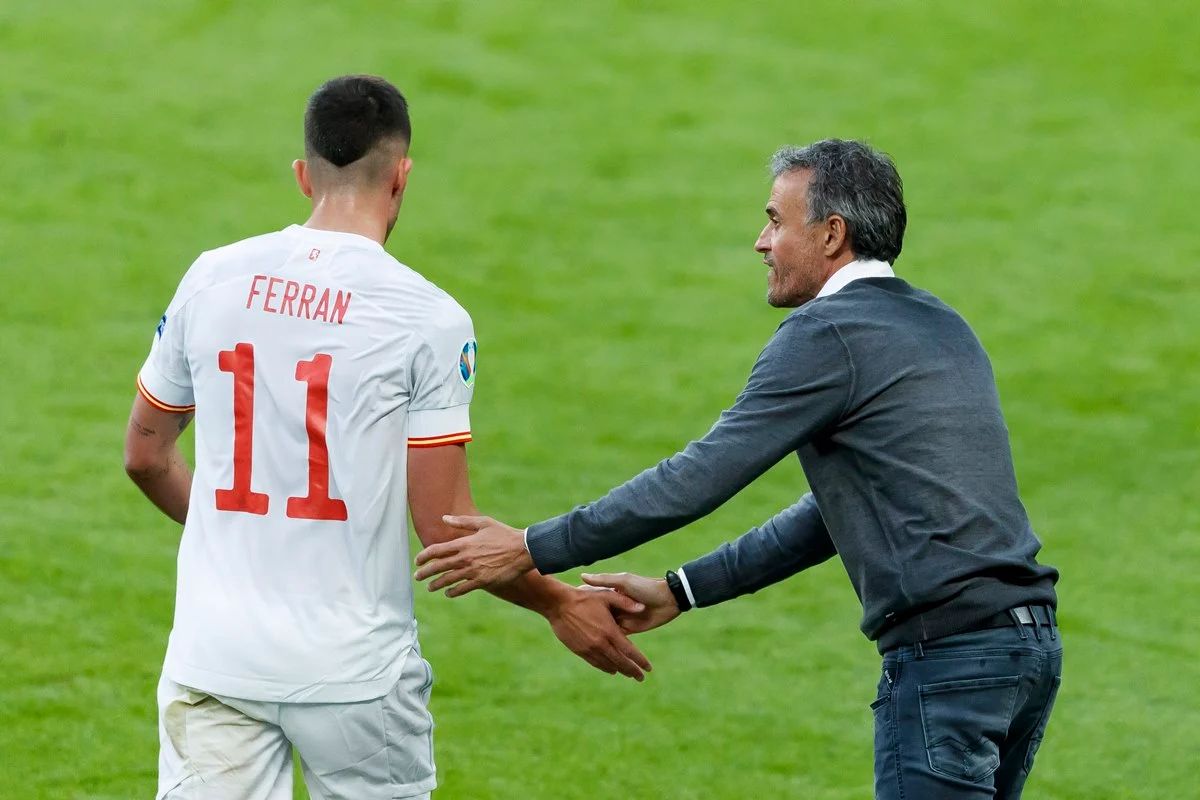 Ferran Torres has become something of a favourite of Spain manager Luis Enrique – but not everyone is as convinced.

There are large sections of doubters about the attacker, at both club and international level, but Luis Enrique is not one of them.

After tonight’s 1-1 draw against Portugal – another game where Torres didn’t exactly impress, the coach was asked about his charge’s form.

Luis Enrique: “I’m not worried about Ferran’s performances. He’s a right winger, and he has incredible numbers for that position. A top player, with good and bad days, like everyone else.”

“I’m not worried about Ferran’s performances…. a top player, with good and bad days, like everyone else.”

As some have pointed out, those days have been going on since January, more or less. There is talent and ability in there without doubt – we’ve seen it plenty of times. But it certainly no longer looks like Barcelona got the bargain they thought they had when they bought him from Manchester City.

When Ansu Fati is fit and firing, Torres’ place in the national team is surely under serious threat.