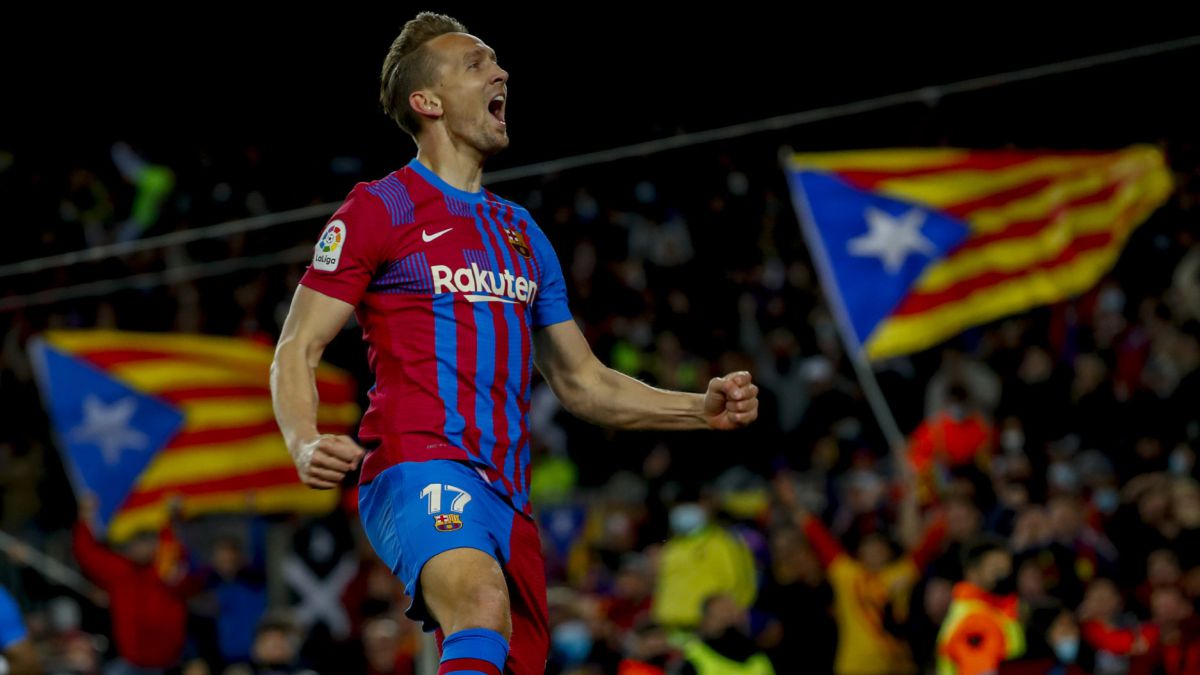 Dutch forward Luuk de Jong has had an action-packed three years in Spain. Arriving in 2019 from PSV Eindhoven to Sevilla, he has returned to the same club much the richer for the experience. Or at least he seems to think so.

De Jong won the Europa League with Sevilla in his first season and despite not being a regular starter, ended up being the decisive man in the semi-finals and final. A less successful second season was followed by a loan to Barcelona where he was expected to be a back-up.

During the space of 9 months, he went from being the favourite victim of Camp Nou’s whistles to one of the loudest names to be chanted towards the end of the campaign.

Reflecting on his spell in Spain with Dutch paper Die Gederlander, de Jong was happy with what he achieved on the Iberian peninsula. Diario AS carried the quotes.

“I’ve been a Barcelona player and at one point a full Camp Nou chanted my name. At Sevilla we won a Europa League and I decided the final with two goals. I can look back with a feeling of pride.”

“Although I’m still not aware of everything. I think only after my career will I realise how beautiful it’s been.”

Speaking on his time at Barcelona, he felt he was rewarded for his efforts. Even if they didn’t result in silverware.

“I didn’t win a title at Barcelona but the satisfaction is there in other things. I have received lots of nice reactions after my departure from Barcelona. From the whole club, not just the manager and the players, but also the directors. They said the appreciated the way in which I also comported myself.”

“In the second half of the season, the feeling around me completely changed. I am happy at having said during the winter break: ‘I’m not going to go, I will keep fighting and then I will see how many minutes they give me.’ Even if they they don’t give me any.”

De Jong was also asked if he might have stayed at Barcelona. Many wondered if he might be able to fulfil a similar role to similar effect next season.

“Could I have stayed at a healthy Barcelona for another year? I don’t know.”

“At the end of the season we went to Jordi Cruyff and asked ‘how is the situation?’ The management at Barcelona indicated that they were working with a lot of players. I wasn’t a priority and I understood that.”

“I chose my own path. In a healthy Barcelona, who knows, I could have played a season more. But I also could have chosen PSV in that scenario.”