The Main Event commentators are stunned that Justis Huni is yet to arrive for his fight against Joseph Goodall.

Ben Damon and Jeff Fenech both expressed their surprise at Goodall’s time of arrival when the heavyweight emerged from a car just before 8pm local time.

But they then twigged that Huni was running even later. 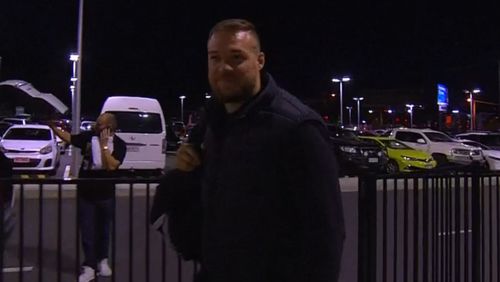 “We think that Joe Goodall has arrived late. Justis Huni is still not here,” Damon said. Fenech was staggered.

Damon added: “This is quite bizarre that these two heavyweights have left their run so late. Goodall’s here. Huni? TBA”.

Huni and Goodall are expected to square off from 10pm.